There was a tributary of the river Tejo (Tagus) here that once sustained the area's agricultural economy from Palaeolithic times. The Romans called this area Horta Navia after the deity Nabia. However, the area's current name is derived from the Arabic term for "The bridge" - Al Qantara. The name proved prophetic. Today Alcântara is where the mighty 25 de Abril bridge spans the river. 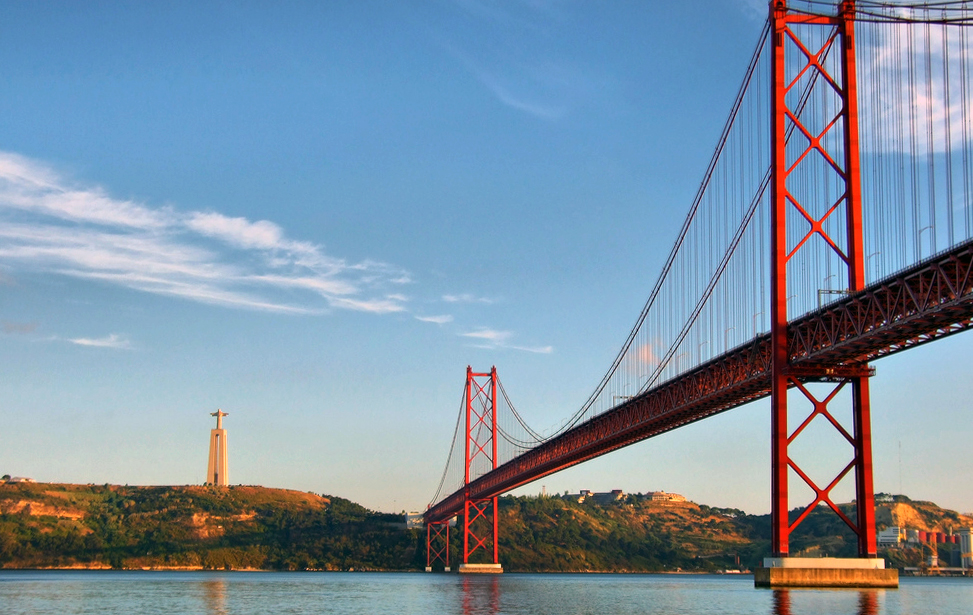 The 25 de Abril bridge is one of the most iconic monuments of Lisbon. 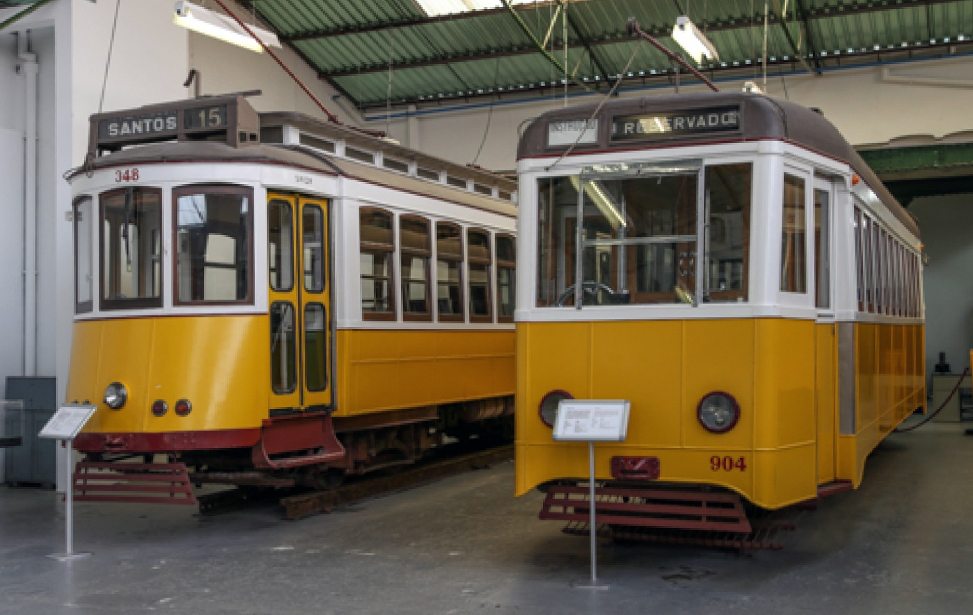 Old trams, buses and the history of Lisbon's public transport. 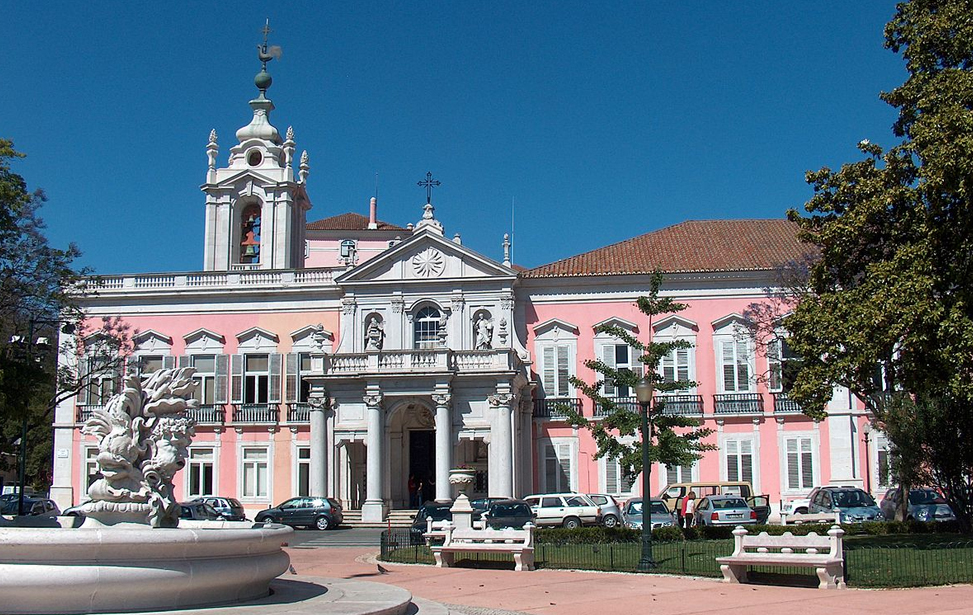 Opulent residence of the Kings of the Braganza dynasty. 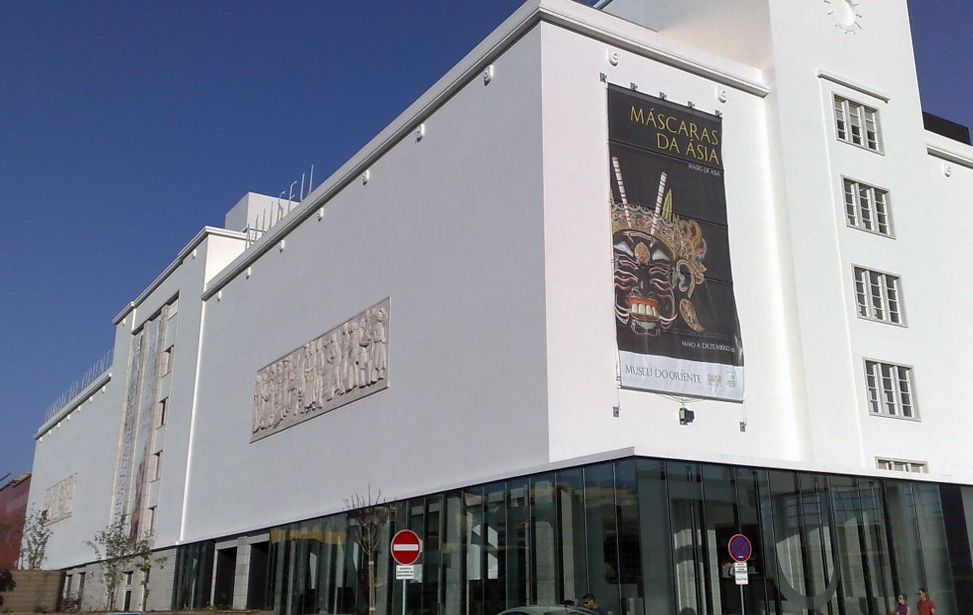 Portugal's long association with the orient on display. 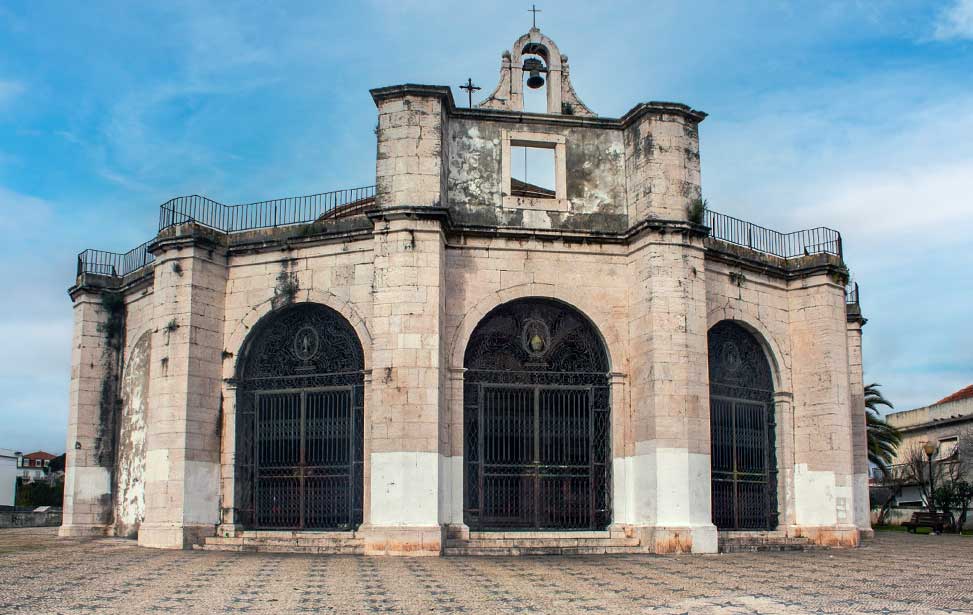 The architectural and aesthetic appeal of this small 16th-century treasure is widely overlooked by travel guides and consequently receives few visitors. From its hilltop location, there are great views over the river and the bridge. The structure is in the Italianate Classical style. Its believed to be the creation of the Portuguese architect Diogo de Torralva (1500 — 1566). Its unusual seven-sided construction braved the 1755 earthquake and survived mostly unscathed. Founded way back in 1549, the lovely Santo Amaro Chapel certainly has an air of antiquity about it and seem somewhat out of place amongst the newer buildings that surround it.

Access to the main entrance is traditionally gained up a series of stairs, perhaps symbolic of Lisbon's acclaim for being the town of the seven hills. They would have been the final steps made by those on the Santo Amaro Procession that used to take place every 15th of January. The temple has three gates leading to a semicircular atrium that forms a porch. The lobby is entirely coated with azulejo tiles alluding to Santo Amaro. Since 1910 it has been classed a National Monument and has enjoyed some restoration. However, it still has to have graffiti tags removed from its outer walls and stairway regularly.
714, 727, 732, 742, 751, 756. | 15E | Tuesday - Sunday: 14h00 – 20h00, Monday: CLOSED | FREE
Calçada de Santo Amaro, Alto de Santo Amaro, Alcantâra, 1300 Lisboa, Portugal.
38° 42′ 07.8″ N | 09° 10′ 57.0″ W | +351 213 143 399 | ermidasantoamaro@gmail.com | Facebook

During the 1990s, the riverside and old docks in Alcântara, Docas de Santo Amaro, were vastly renovated and regenerated. It is now one of Lisbon's most popular nighttime haunts. It is also a great spot to enjoy lunch and spend a relaxing afternoon. The converted dockland warehouses are now home to an array of eateries, bars and clubs, and are generally thought of as a more grown-up and refined option than to the more boisterous Bairo Alto. 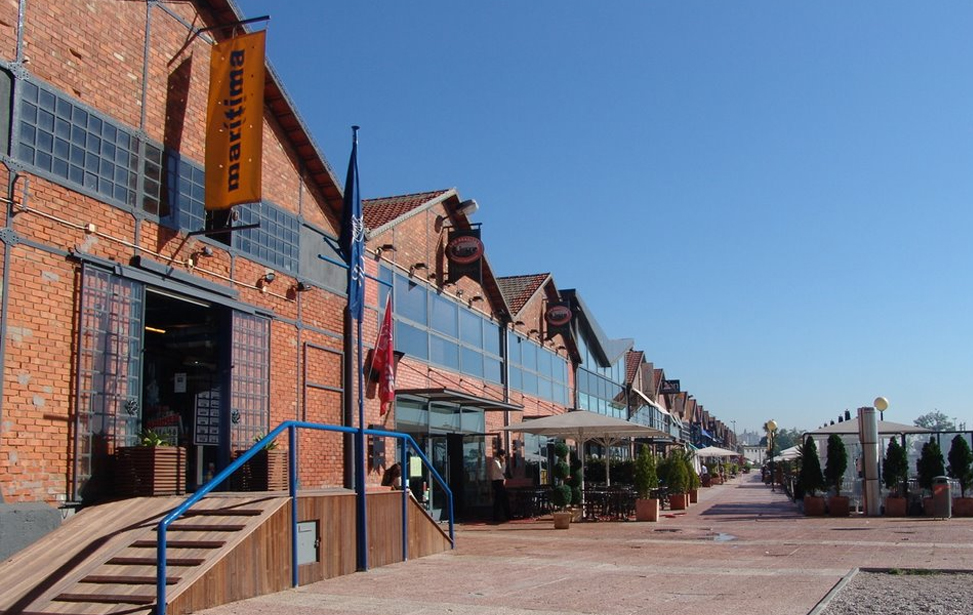 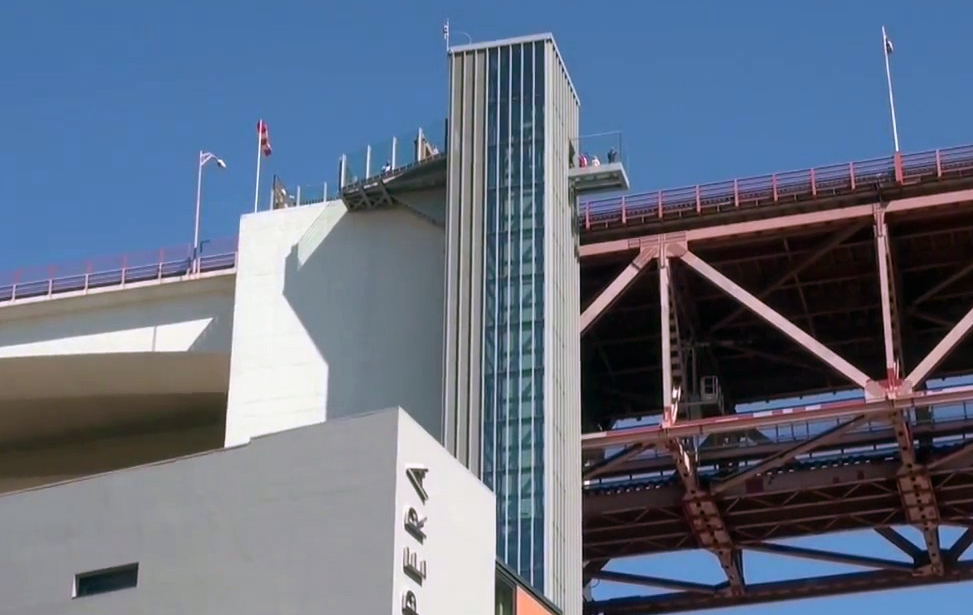 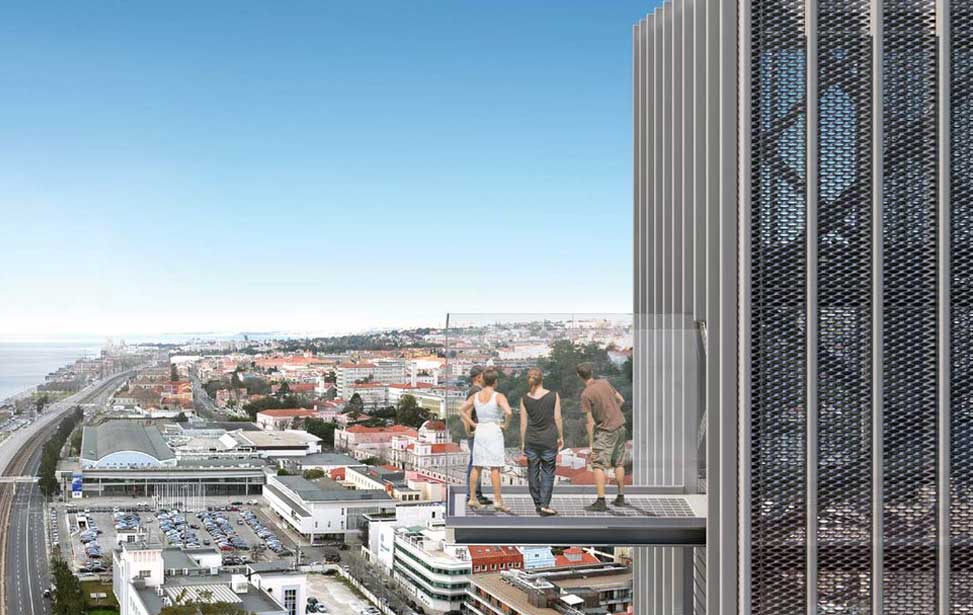 This attraction was inaugurated in time for the 50th-anniversary celebrations of the 25th April Bridge in 2016. The Pillar 7 Experience in Alcântara is housed within a pillar of the great bridge. The tour excites all senses starting as you arrive with the constant "hum" of traffic above and the shudder of a passing train. Inside the exhibits follow the journey of the history of its construction. On show are the support cables which hold the bridge together. A panoramic elevator whisks you 80 metres up to the road level to a panoramic viewing platform that provides an unrivalled view of the city and the river. Utilising modern multimedia devices, the visit ends with an optional immersive virtual-reality experience of parts of the bridge that are inaccessible and a call at the PhotoBooth so you can record this unforgettable moment.
October to April Daily: 10h00 - 18h00, May to September: 10h00 - 20h00

ONLINE TICKET | With this entrance ticket you can gain entry to the Pillar 7 Experience at your leisure. Buy online before you arrive to avoid queues and have the convenience of the e-ticket on your phone… 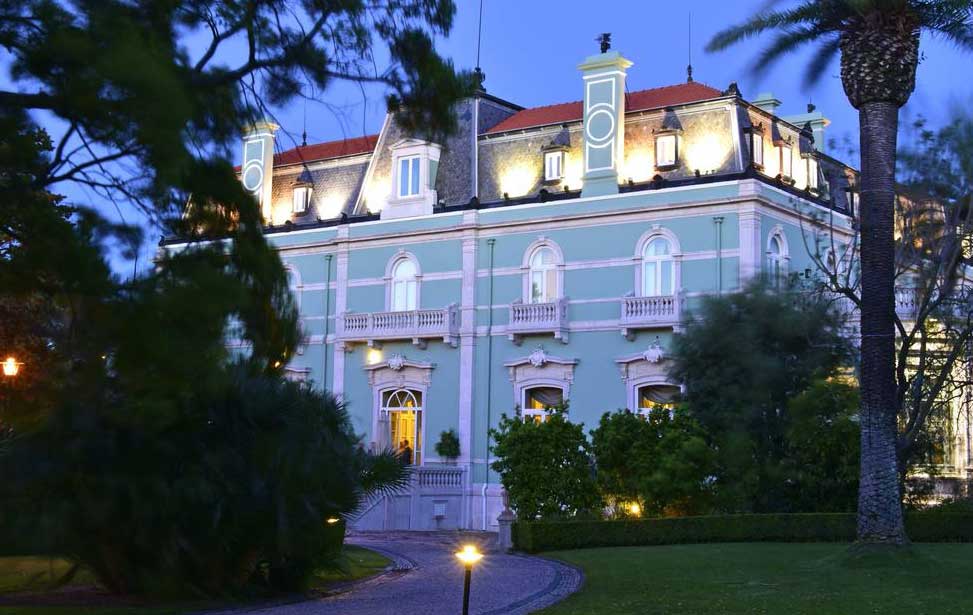 Get the royal treatment and stay at one of Lisbon's most luxurious hotels. This 19th-century Palace is located uphill from the river. It has its own gardens that are, together with the hotel, are classified as National Monument. All salons are profusely decorated, with French-inspired details. The private quarters of the Marquises have been turned into beautiful and spacious suites. Here, likewise, works of art adorn the walls. Here too is elegant furniture from antique shops and luxury sofas. The view to the Tejo (Tagus) river or to the vast gardens of the Palace can be enjoyed from all royal suites. 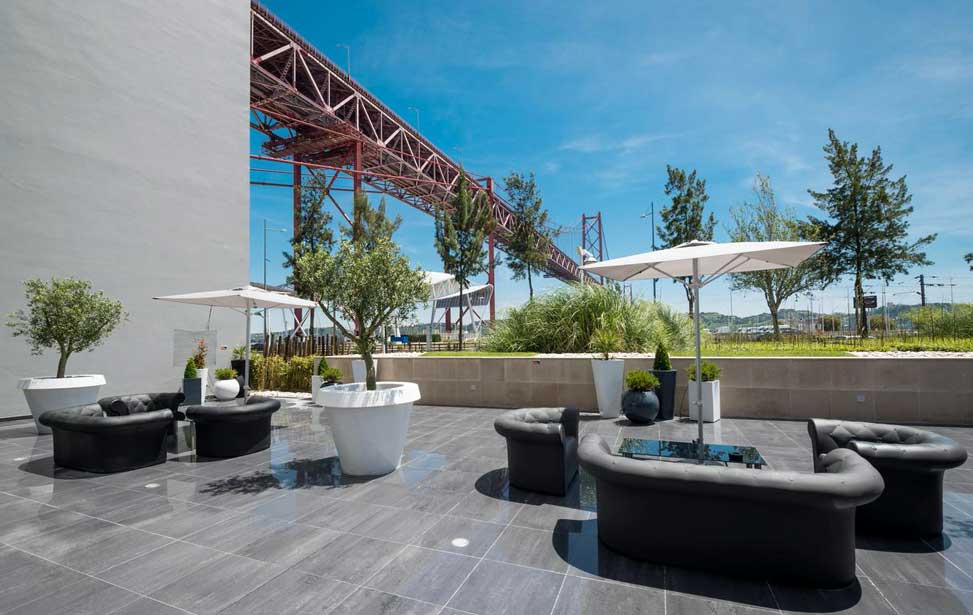 This hotel is ideally situated close to transport links and some of Lisbon's most famous attractions. Close to the river's edge, by to the lively docks with its nightlife. Next to the Congress Centre and is practically under the mighty 24 de Abril bridge. The hotel Vila Galé Ópera was renovated in 2014, the modern decor is inspired by opera and many of its rooms offer an unparalleled view of the Tagus River. The hotel has an area for meetings and banquets, a spa with an indoor pool, gym, sauna, Turkish bath and massage rooms, a restaurant and a bar with live performances of opera two days a week. 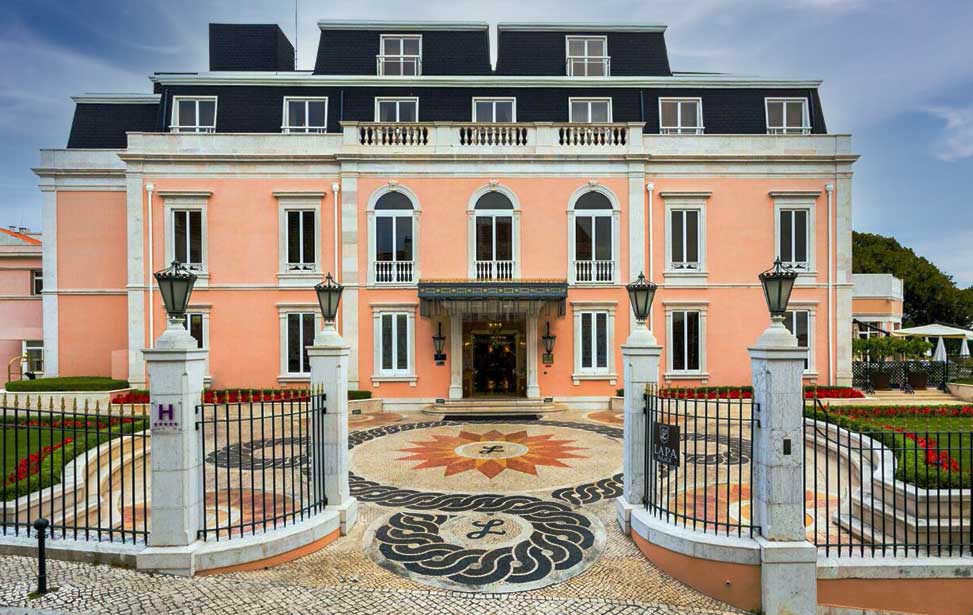 Built in the 19th-century, this luxurious palace is nestled on a hilltop overlooking the Tagus River and presents guests with the ideal base for an unforgettable stay in Lisbon. Tucked away in the city's diplomatic quarter, Lapa Palace is set in a beautiful sub-tropical garden. Sunbathe on a lounger in the pool area or pay a visit to the Spa, where you can treat yourself to hours of relaxation in the sauna. Thanks to the palace's convenient location, central Lisbon is only a short drive away. Park your car for free on-site and indulge in fresh seafood at the restaurant. In the meantime, the concierge is happy to arrange various services for you, including the use of the VIP room facilities. 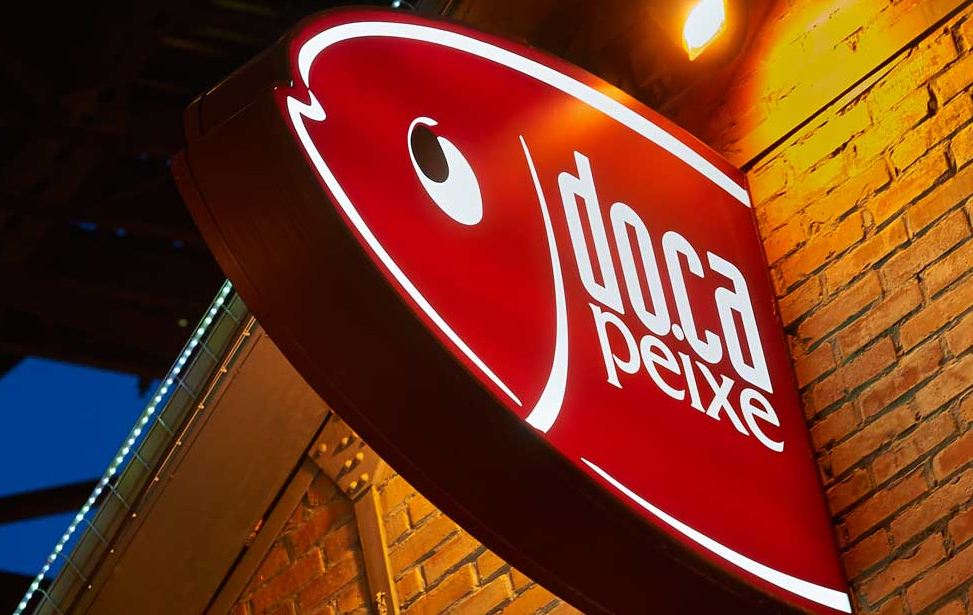 Located on the Doca de Santo Amaro, this marvellous fish restaurant prides itself on serving only the freshest fish. Choose which fish you desire. It will be weighed, priced and cooked to your personal preference. An array of house specialities on the menu, including the obligatory Bacalhau. Also, there is Octopus 'Lagareiro' Style, Lobster Rice with Clams, Tuna Fish Steak with Sesame Seeds and Prawns Curry with Pineapple. For the meat-eaters, there is also steak options. 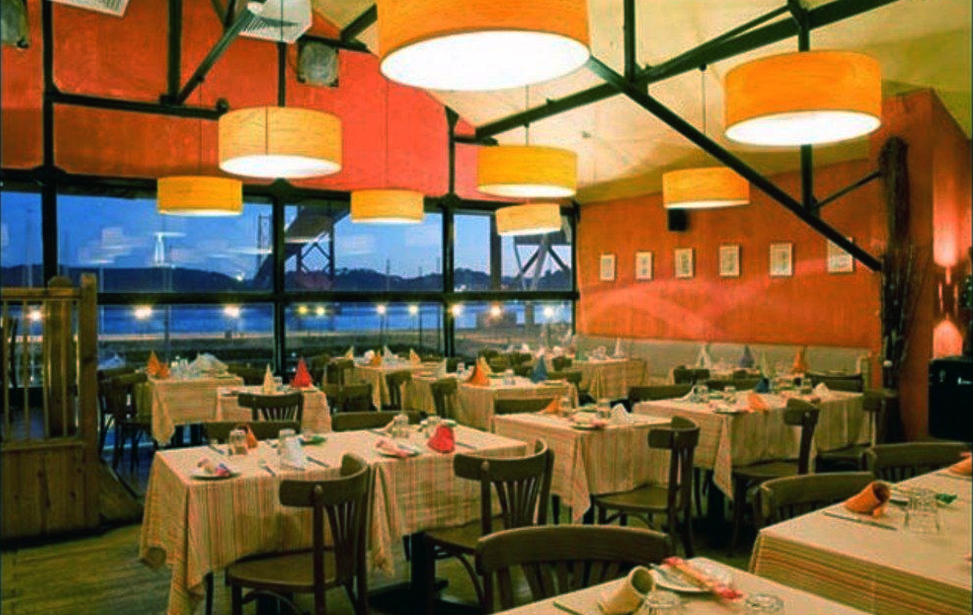 Italian & pizzeria with jovial staff. As with other restaurants on the docks, you're treated to a stunning view. The decor is well done if you wish to sit inside. The food is consistently good quality, portions are on the large size, yet the prices are not. 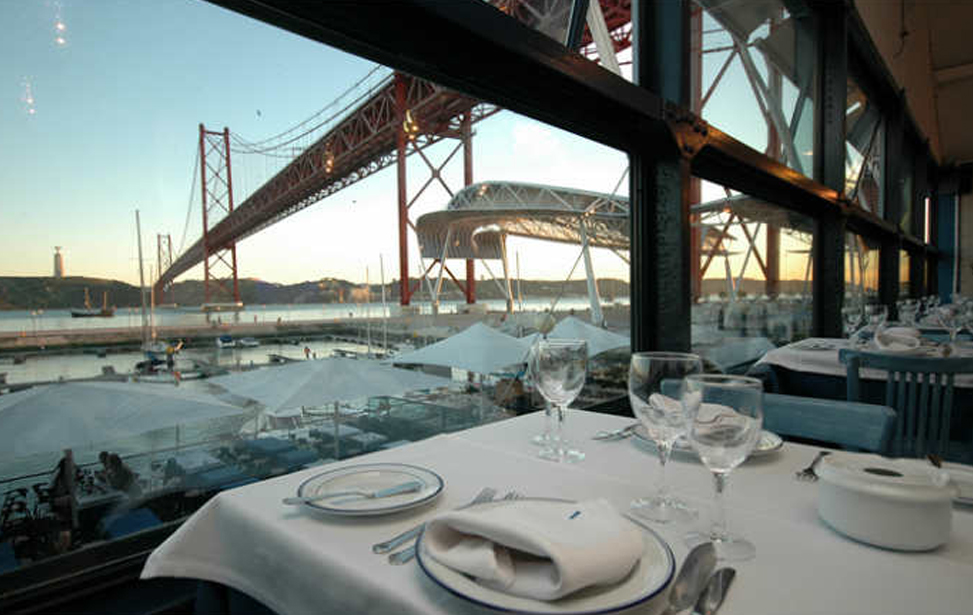 A great seafood restaurant on the Doca de Santo Amaro. It is renowned for freshness and the skill of cooking high-quality dishes and served within comfortable surroundings. Enjoy the catch of the day lovingly prepared in a way that enhances its natural characteristics.