Found at the northern end of the grid of streets of the Pombaline grid of streets of the Baixa district the Praça Dom Pedro IV or as it's colloquially known, Rossio. It is Lisbon's oldest square and is still the beating heart of old Lisbon. Bordered by cafés and shops, its centrepiece is a 23-metre high column capped by Pedro himself. Here in this large square, you'll find two 19th century french fountains. Rossio is a popular place for photographs and bathing pigeons alike. On the Northside of the square can be found the impressive neoclassical Teatro Nacional Dona Maria II (National Theatre), built between 1842 and 1846. It replaces the 15th-century Estaus Palace which was infamous as the seat of the Inquisition.

In the Northwest corner of the square is the Rossio train station, a Neo-Manueline masterpiece designed by José Luís Monteiro in 1887. Its main entrance is dominated by two decretive horseshoe portals and the building is topped by a turreted clock. Reopened in 2008 after renovations to the tunnels and now serves the Azambuja/Lisboa/Sintra line, it is also a handy place to buy travel cards and passes. 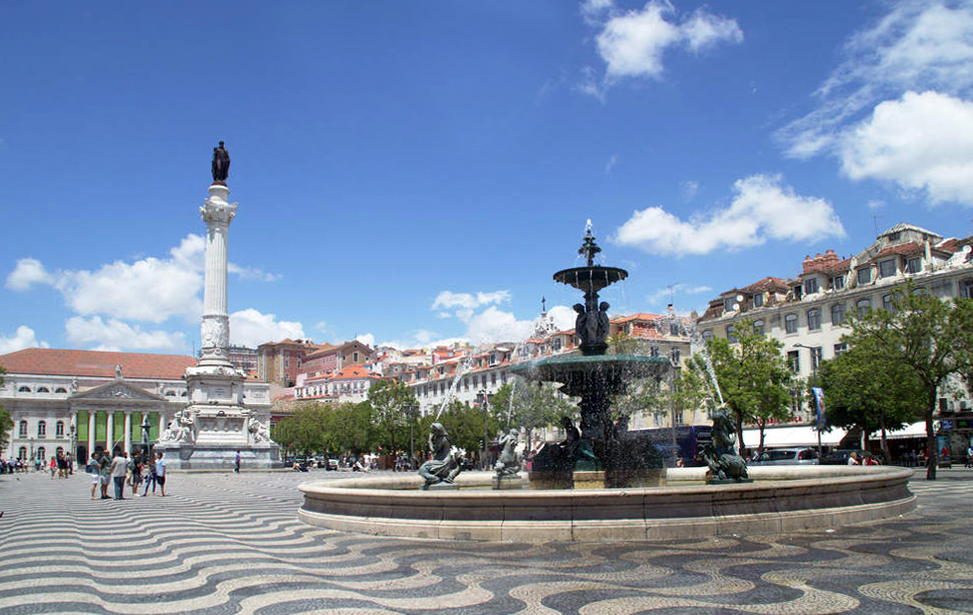 Although the square is officially called the Praça Dom Pedro IV it's more commonly known by its older name of Rossio as it was called before the devastating 1755 earthquake. A rough translation of Rossio is "common land" and ever since the 13th century it has been the location for public shows, celebrations, royal proclamations, bullfights and more macabre spectacles such as public executions. During the 16rh century, the headquarters of the Inquisition court was at the Palace of Estaus, the spot where the Teatro Nacional de Dona Maria II now stands.

Also lost to the earthquake is the Hospital Real de Todos os Santos which was located on the whole eastern flank of the original square but whose foundations lay buried under today's Praça da Figueira, Rossio's little brother. The striking waved patterned cobbled paving (Calçada à Portuguesa) was laid down in the 19th century and designed to pay homage to Portugal's nautical heritage. It can make some people feel a little queazy, especially if you've had a few too many at the areas Ginjinha bars.

In the North-Eastern corner of the Rossio Square is the magnificent façade of the Rossio Train Station. The architect José Luís Monteiro who designed it incorporated 16th-century Manueline flourishes along with a touch of Arabesque and Art Nouveaux to create this wonderfully ornate structure. Entrance into the station is through two elaborate embellished horseshoe-shaped portals with the words "Estação Central" emblazoned in uncial letters. There was a statuette of King Sebastian of Portugal in between the portals. It was accidentally knocked out of its niche in 2016 by an over-enthusiastic tourist attempting to take a selfie.

Within the station is an engineering marvel. The platforms are carved into the side of a steep hill whilst the trains arrive and depart via two 2,500m long tunnels. The station first started operations in 1888 and continued as Lisbon's main terminus right up to 1957. Today it serves the Sintra line and whisks visitors to the fairy tail town every 15 minutes or so during peak times. Other transport links to Rossio include the Rossio and Restauradores metro stations and bus services, including the Aerobus airport service. 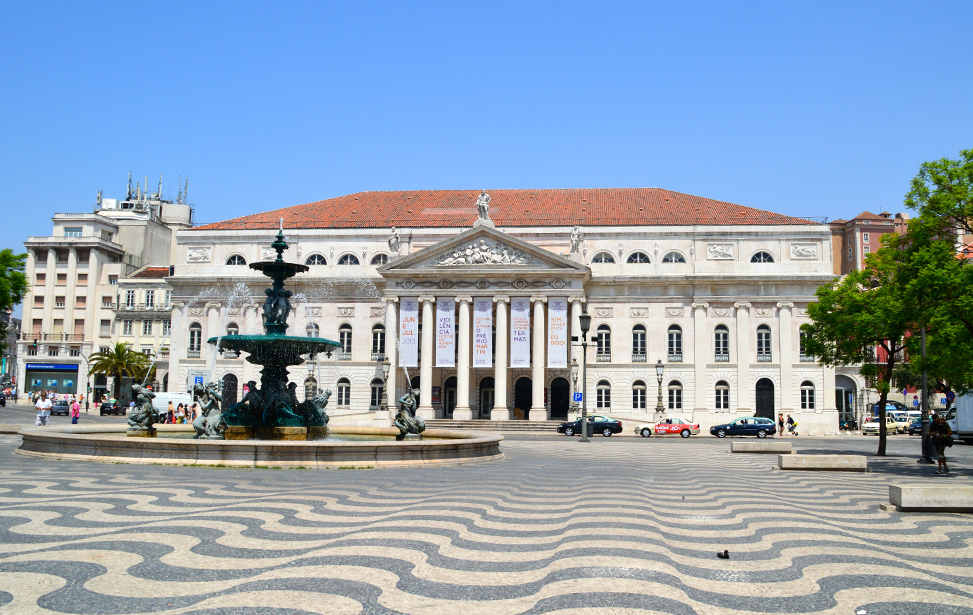 In 1836 the famous author and poet Almeida Garrett was charged by order of Queen D. Maria II with creating a conservatoire for the dramatic arts. The resulting theatre was constructed on the north side of Rossio square on the foundations of the old Estaus Palace. Constructed in the Neoclassical style designed by Italian architect Fortunato Lodi who recycled six Ionic columns to support the triangular pediment from the Saint Francis Convent.

The theatre first opened its doors to the public on the 13th of April 1846. However, it soon became apparent its acoustic was very poor and work resumed to rectify this oversight. Several years later the theatre re-opened with notable success. In 1964 the Teatro Nacional de Dona Maria II fell foul to the infamous curse associated with Shakespeare's Macbeth and burned down one week after it was staged. Since its renovation in 1978, the theatre has shown the best national and international plays both historic and contemporary. Guided tours are available in various languages and last a whole hour which will take you to both sides of the curtain and is an interesting insight into the theatre's workings and colourful history.
Monday – Friday: 10h00 – 13h00/15h00 – 17h00, Weekends: CLOSED | €6.00
Teatro Nacional D.Maria II Praça D.Pedro IV 1100-201 Lisbon, Portugal.
38º 42' 53.2" N | 09º 08' 23.0" W
+351 213 250 800 |  Website

Ginja is a traditional cherry brandy derived from Morello berries which is wonderfully sweet and spirited. A Galician friar of the Church of Santo António, Francisco Espinheira, first developed the concoction of Ginja berries infused in aguardente distilled spirit with added sugar and spices. A Ginjinha located in the Praça de São Domingos next to Rossio first started to sell this iconic liqueur in 1840 and has been popular ever since. This small hole-in-the-wall bar is popular and serves Ginja in small shots, with or without a cherry in the bottom of the cup. This miniature Ginjinha Espinheira bar remains busy from opening until late, with typically a dozen patrons, both tourists and Portuguese alike, sipping this nectar standing outside. The price per cup is around €1.40. 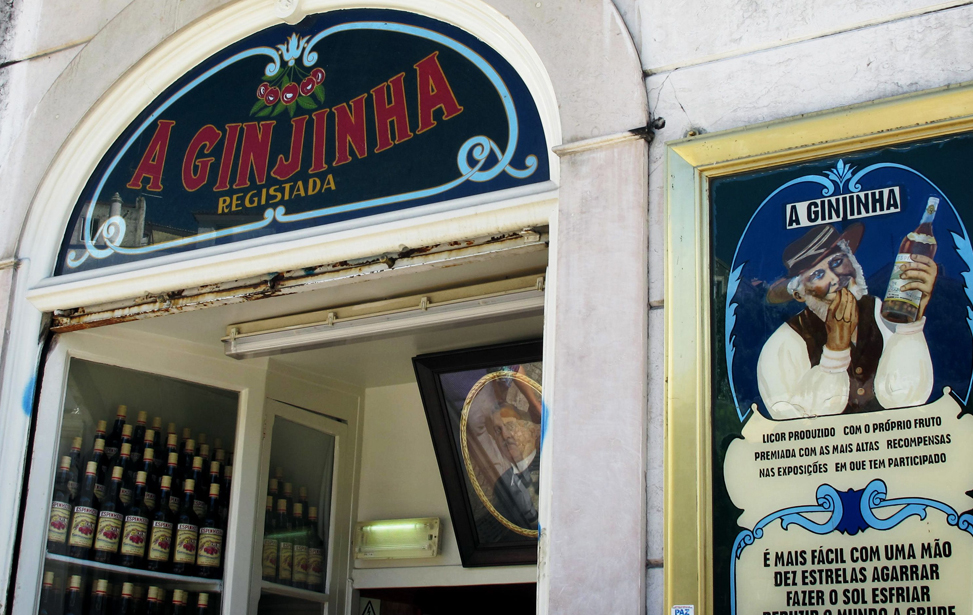 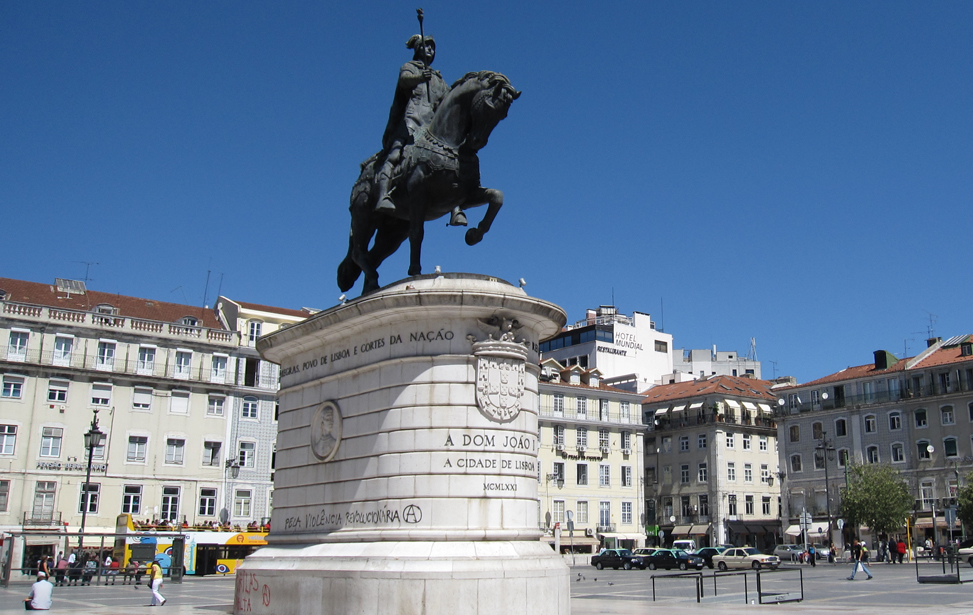 Literally meaning the Square of the Fig Tree, the Praça da Figueira was one of the Marquês de Pombal's creations and replaced the city's main hospital. It was destroyed during the great earthquake. Its original use was as a market but now is a major hub for trams and buses. In 1971 a large statue of a mounted King John I (1357-1433), by sculptor Leopoldo de Almeida was installed in the centre of the square. It was relocated into a corner during renovations in 1999 so as to be visible from the Praça do Comércio.

Adjacent to Rossio and overlooked by the Castle the square's perimeter of neo-classical buildings house small hotels, cafés, patisseries (most notably the infamous Pastelaria Suiça and the Confeitaria Nacional) and boutique shops. [ More About ► ] 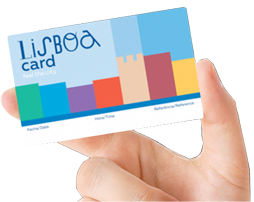