Situated 27 miles south of Lisbon on the North-Eastern corner of the Arrábida National Park is the ancient, yet small, town of Palmela. The town has been, to a large degree, overlooked by foreign tourists and remains somewhat unspoiled. Its main attraction is the medieval castle which dominates the skyline for miles around. Perched on a precipice 1200 metres high, the castle has been of strategic importance throughout Portugal's colourful history. Blessed with rich fertile soils, the area around Palmela lies in the heart of a highly respected and prosperous wine-growing region.

Each September, the wine harvest is celebrated with the vibrant Festa das Vindimas (Grape Harvest Festival) and is a major draw for locals and visitors alike. The crowds adorned in traditional attire dance in the street, there's also processions, fireworks, grape-treading and the running of bulls.

The old quarter clings to the edge of the Arrábida foothills and retains much of its original character with narrow cobbled streets and whitewashed houses. Sadly in places, buildings are in desperate need of renovation. Although the Praça Duque de Palmela contains a 17th-century pillory and town hall at its head, the square isn't quite the cultural hub it ought to be. Close by is the 16th-century Baroque style church of Igreja de São Pedro, famed for its azulejos depicting the life of Saint Peter. 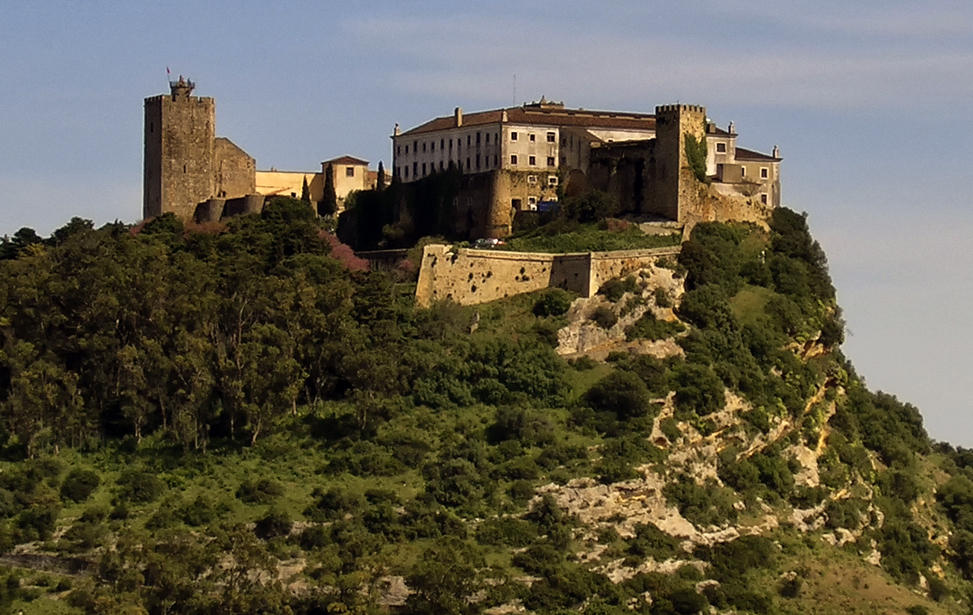 Excavations between 1992 and 2005 have unearthed artefacts from the entire length of the Islamic period in Portugal's history. Its advantage point on the highest peak of the Serra da Arrábida made the castle an essential prize during the struggle between the opposing Christian and Moorish armies. During the Christian reconquest in the 12th century, led by Portugal's first King Afonso Henriques, Palmela became part of a line of defences built south of the Tejo (Tagus) river. Soon after the lands of Palmela, Almada and Alcácer were handed over to the Order of Santiago and later the castle became their headquarters. Work began in the early 15th century on a monastery to house the monastic order yet during the 1940's it was converted into a Pousada (stately hotel) after extensive restoration. The defences have evolved over the years to keep up with the advances of war technology however the site remains an impressive piece of military architecture that gifts any visitor to spectacular views over the plains below. The castle walls also contain a number of handicraft shops selling azulejos, cheese and the fine Palmela wine. Here too is a café and a museum.

Five miles north of Palmela in the town of Pinhal Novo is the quirky museum that celebrates the craft of mechanical music boxes. With over 600 pieces, mainly from the late 1800s to 1930 and all in full working order, spread over five galleries. The exhibit is the result of the lifetime obsession of Luis Cangueiro. The different looks, feel and sounds are showcased through various instruments, from the oldest wooden or metal cylinder music boxes to the latest and most popular gramophones. 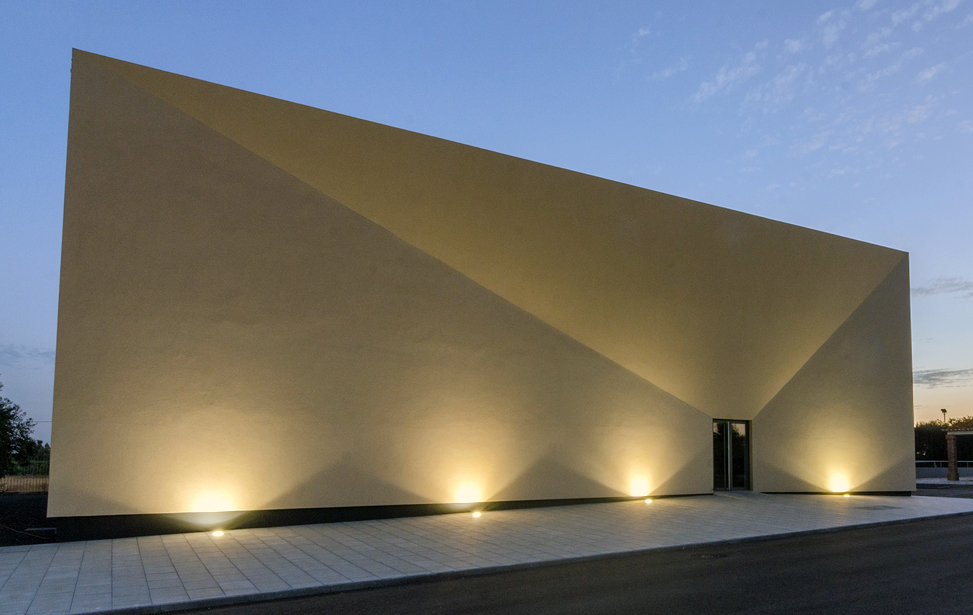 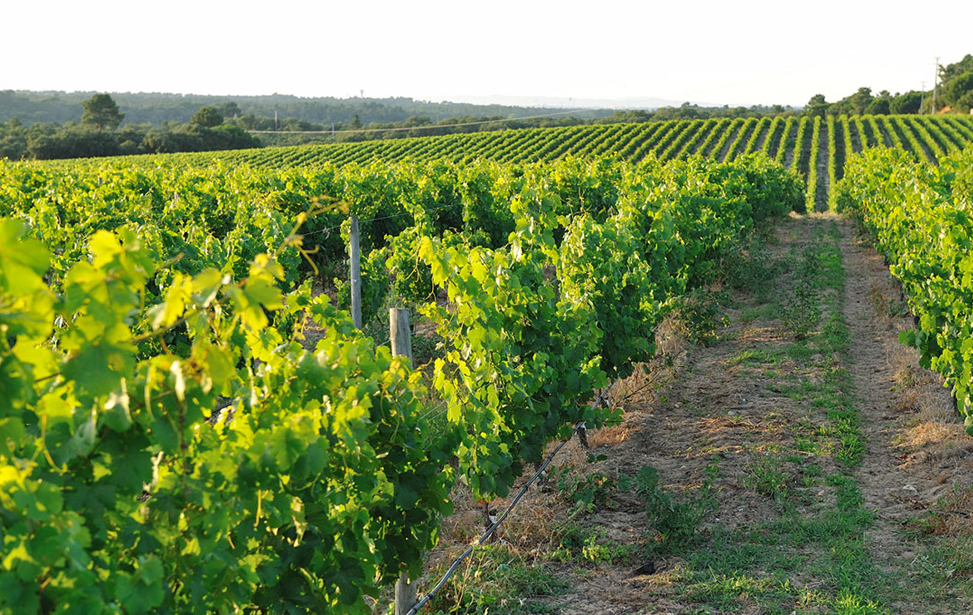 Whilst visiting the area it's obligatory to sample the wines. Viniculture was introduced to this region way back to about 2000BC by the Tartessians and then later traded with the Phoenicians and ancient Greeks. The demarcated region covers Montijo, together with part of the municipalities of both Palmela and Setúbal. The red wine is full-bodied, deep in colour, with a full spicy flavour. The white wine is fruity with aromatic flavours. DOC Palmela reds have to contain at least 67 per cent of the Castelão grape variety, which ripens very well in this regions climate and sandy soils. Other grapes used are Aragonez, Cabernet Sauvignon, Syrah and Trincadeira that lead to fresh, fruity wines with moderate alcohol and ripe tannins. They evolve with age to a complex, cedary, cigar-box character rather reminiscent of fine, mature Cabernet.

Alongside the plentiful red Palmela, white Palmela is in shorter supply, but can be appealingly dry and fragrant. Blends include scented Fernão Pires and Moscatel de Setúbal grapes. There are a number of vineyards where you're able to visit and enjoy sampling the local produce. 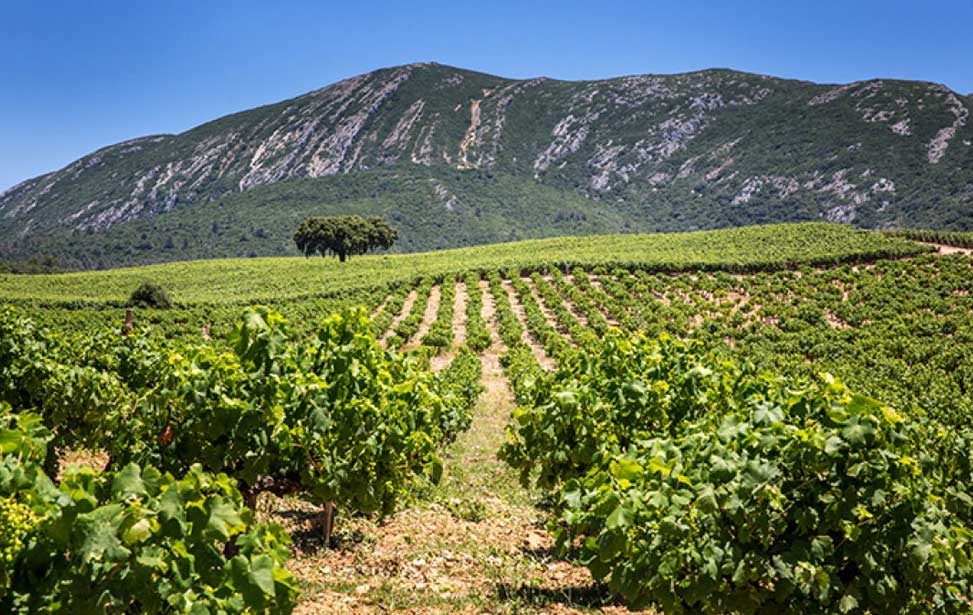 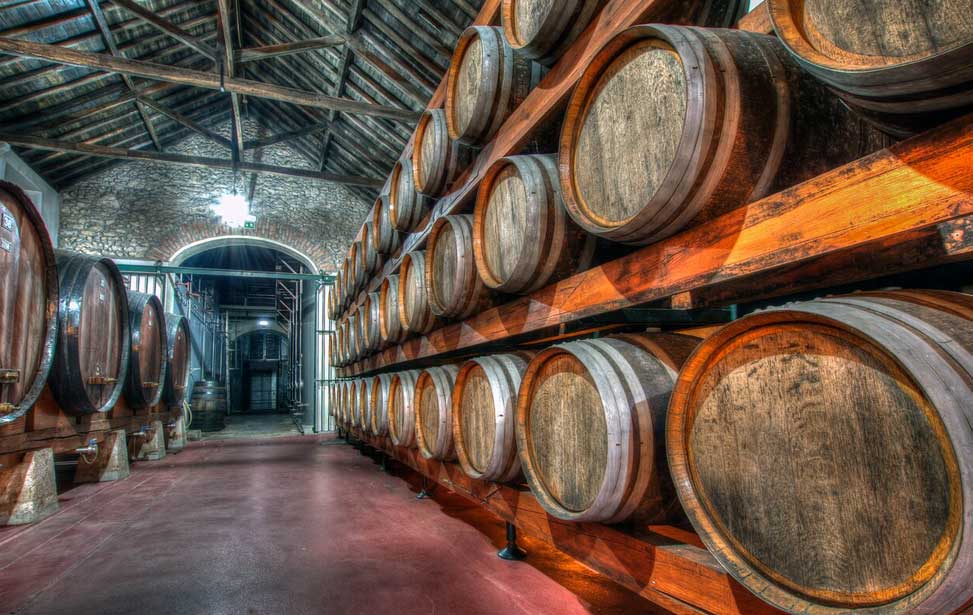 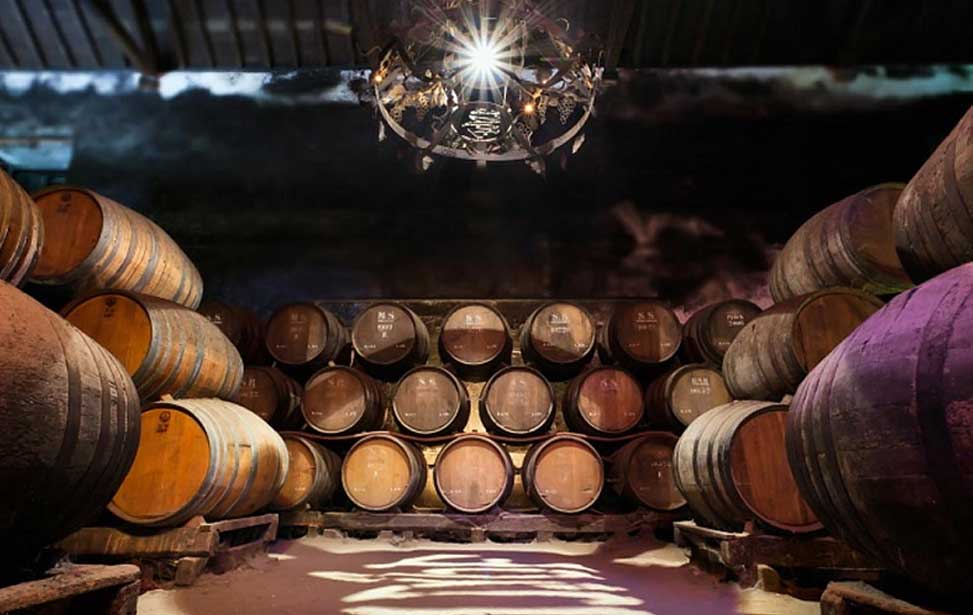 Feast your senses on the fine wines and natural splendour of Portugal on a private full-day tour from Lisbon. With a knowledgeable private guide, travel through beautiful countryside to idyllic beaches and quaint fishing villages like Sesimbra, Azeitão and Palmela. Descend to Portugal’s oldest wine cellar to sample fine Portuguese wines in Azeitão and capture arresting views from a viewpoint in Arrábida. Receive undivided attention from your expert guide on this enriching tour. Hotel pick-up from Lisbon. 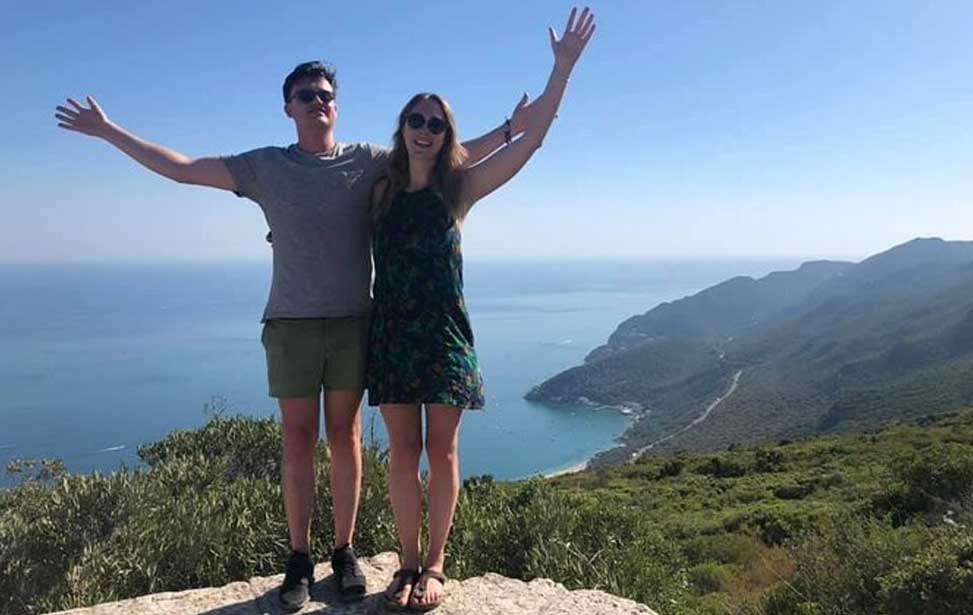 If you want something different during your days in Lisbon, this is an excellent option. In one of the most beautiful nature parks in Portugal, this is your best option. This Sesimbra Azeitão and Setúbal tour offers so many places to visitand experience, from wineries to Serra da Arrábida Natural Park. Private transportation in a comfortable air-conditioned vehicle. Stops at the Cristo Rei statue before heading south to Arrábida. 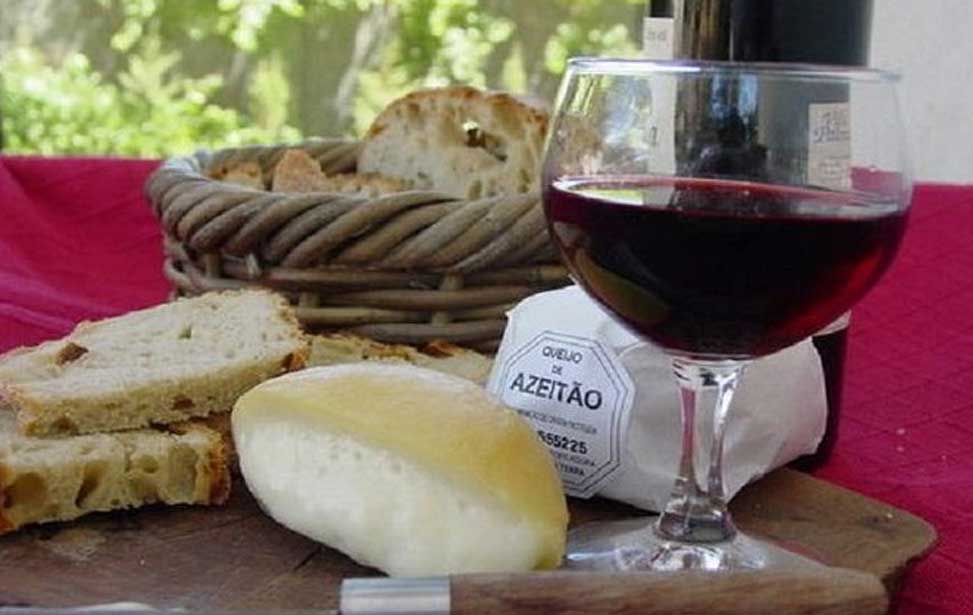 Tour the beautiful gardens, vineyards and art collection of Quinta da Bacalhoa before tasting their fine wines of the Setúbal wine region. This private day trip to the historical town of Azeitão includes a drive-through Arrábida. Marvel at the cliffside scenery along this stretch of coastline in southern Portugal. Wine and cheese tasting with private hotel transport is included in this full-day itinerary from Lisbon. Hotel pickup and drop-off. 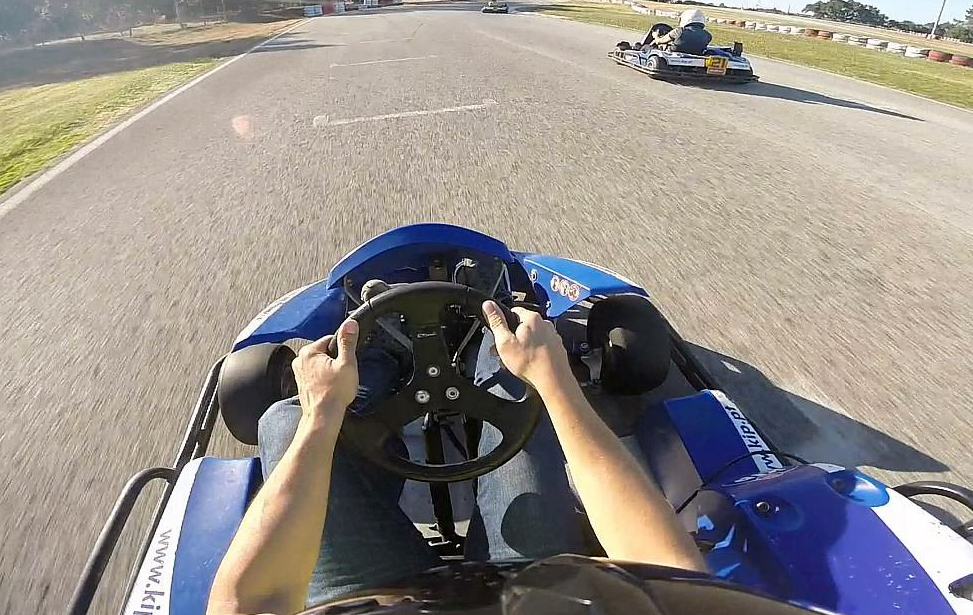 Located in the beautiful foothills alongside Palmela, the racetrack is distinguished by excellent facilities, some of the best in Europe in fact if not the most scenic. The course runs for an impressive 1,270 metres with a constant width of 10 metres. The International Karting Palmela is located within the Herdade de Algeruz, which retains its farming practices on the same 200-acre estate. Over 200 carts are available for rent and race events can be organised by appointment. The on-site restaurant has a capacity for 300 guests and serves local cuisine from regional products, much of which is sourced within the farm.

Founded in 1971 and covering 42 square miles (108 square kilometres) between Setúbal and Sesimbra, Palmela to the north and terminating at the Tejo estuary. Arrábida has a varied landscape from valleys surrounded by limestone mountain ridges, dramatic coastlines and the Arrábida mountain, Alto do Formosinho (499m) which stands guard over most of the park. This Nature Park contains vast amounts of Mediterranean shrubland biome and a large number of microhabitats. Perched on the slopes overlooking the sea is a whitewashed 16th-century Franciscan monastery and alongside are five circular chapels which once were used for solitary meditation.

Where the park meets the sea one finds the crystal-clear waters of the beaches of the Costa Azul which, warm waters are popular with divers and bathers alike. It was along this stretch of coastline where Tracy Bond (played by Diana Rigg) was shot dead by Irma Bunt (Ilse Steppat) in a drive-by shooting at the end of the James Bond film On Her Majesty's Secret Service, 1969. See More [ ► ] 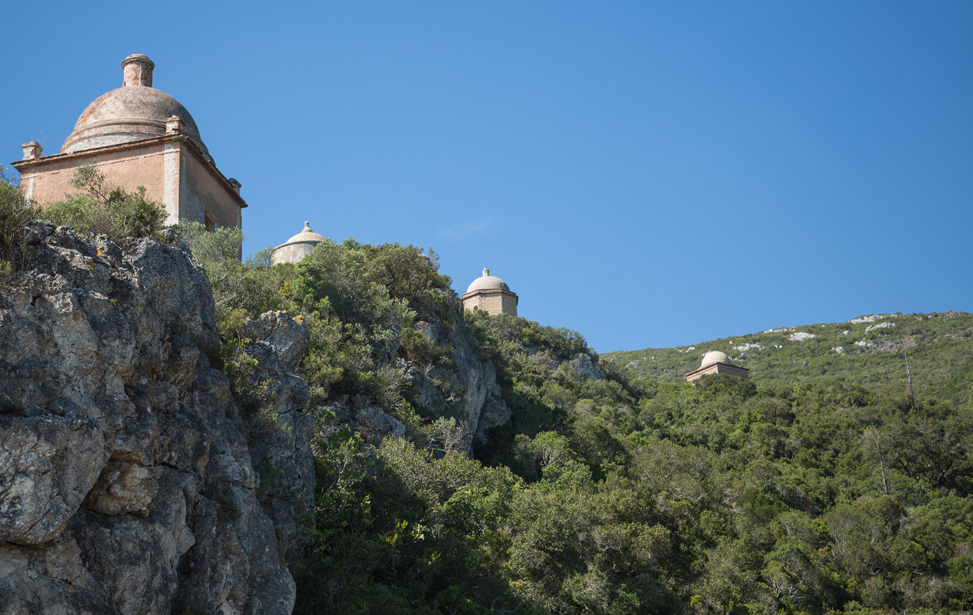 Beaches of the Costa Azul 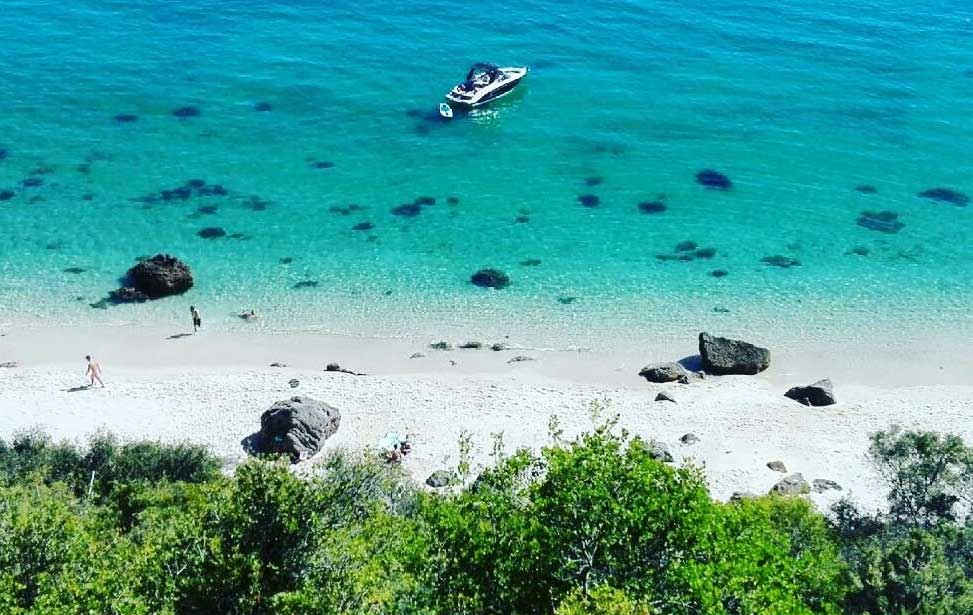 To the west of Setúbal, where the Arrábida Natural park meets the sea, one can find a series of beaches, most of which have Blue Flag status. Often marketed as Portugal's Dream Coast or Costa Azul this dramatic and beautiful coastline offers white sands, warm clear waters and stunning views. Take the coastal road off the N10-4 marked Praias and pass the cement works. There are buses from central Setúbal to most of these beaches:-

With the Arrábida Hills as the backdrop Figueirinha Beach extends over a great expanse of sand, at low tide a sandbank is exposed. Due to it's easy access, it's proximity to Setúbal (only five miles west), calm waters, size and amenities this Blue Flag beach can be quite popular, especially with those who have young families. 723

Approached via a staircase, the sheltered cove of the Galápos beach has crystal clear waters that are favoured by divers and bathers alike. With a calm swell, it's ideal for children and popular with windsurfers. Good ample parking and has a restaurant with facilities, who hire marquees, and serve good coffee. There's a lifeguard at hand. The architectural record of the area indicates the richness of marine life here that have been harvested since Neolithic times. 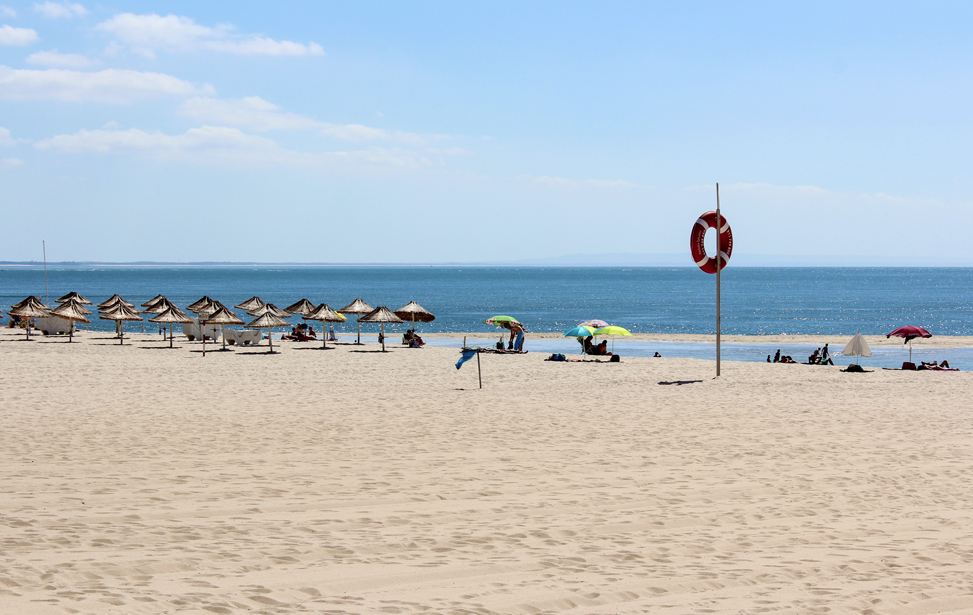 Separated from Praia de Galápos by a few rocks is Praia Dos Galapinhos and offers the visitor a more tranquil and secluded spot to bathe. A little further along still is Praia dos Coelhos (Arrábida) . Coelho's beach is a small cove surrounded by forest at the foot of the Arrábida Natural Park and consists of soft white sand, with clear and calm waters. Small and quiet it has a bar which can be accessed via Galapos beach or by boat.

Fourteen miles East of Sesimbra, in the direction of the Convento da Arrábida and down a meandering road is the tranquil little beach of Praia Portinho da Arrabida which is on the turn off after the road leading to the village of the same name. The water here is warm and crystal clear. It is a great spot both for divers and bathers. There's a 17th-century fort close to the village. It is now an oceanographic museum (Museo Oceanografico). It houses live and preserved local marine animals. There's a small restaurant on the beach and more further along the coast in Portinho da Arrabida village.
Booking.com 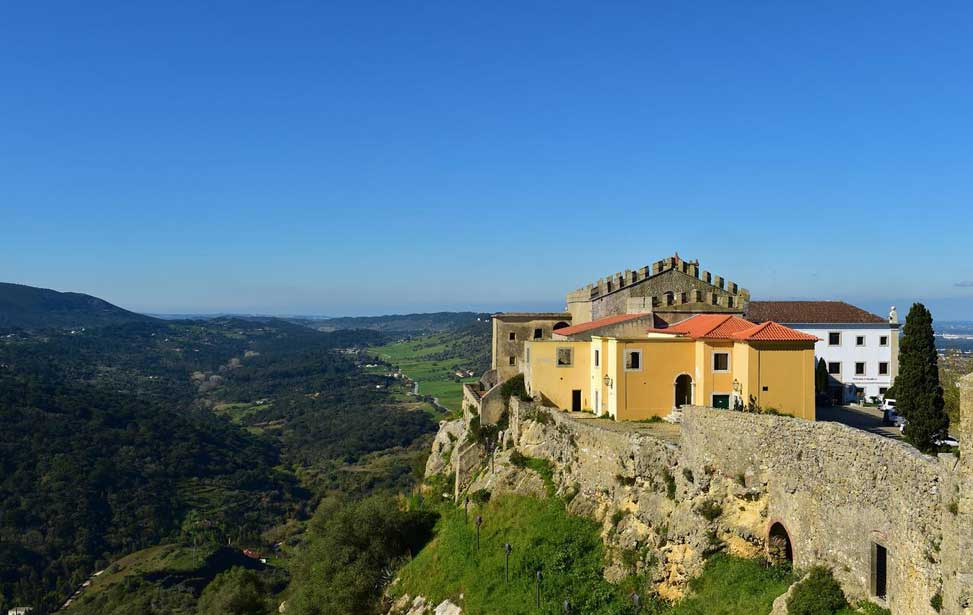 Located in the historic Castelo de Palmela, this hotel offers panoramic views of Palmela's countryside. Pousada Castelo de Palmela features air-conditioned rooms and a restaurant. A cable TV and a minibar are in Pousada’s individually designed rooms. A bathrobe and a hairdryer are in modern bathrooms. A traditional Portuguese breakfast is served daily. Local wines and a variety of local dishes are available at the restaurant. Room service, including breakfast, is provided by the 24-hour staff. Guests can relax in the bar, which features oversized lounge chairs and large chandeliers. They can also enjoy a drink on the terrace while admiring the view. 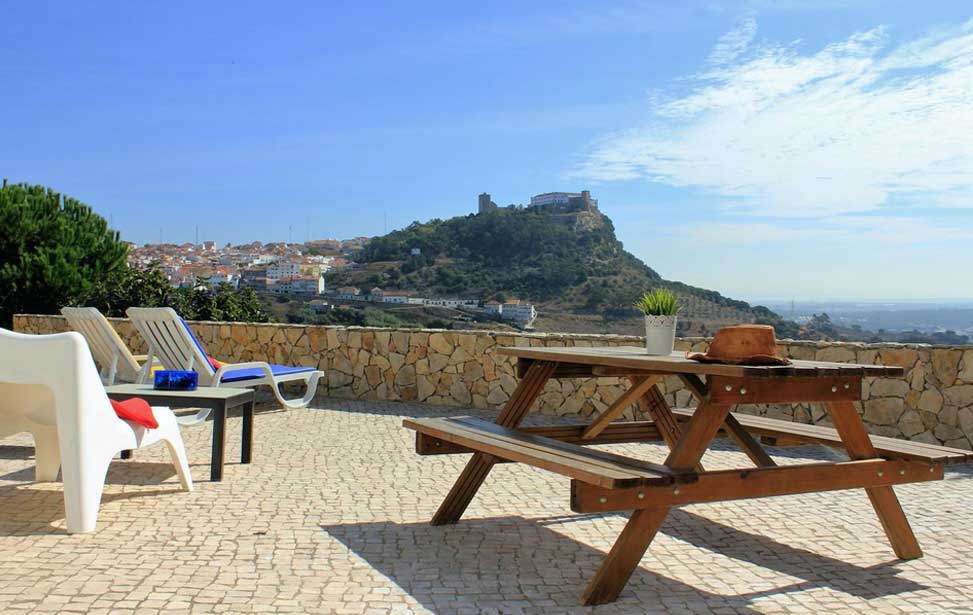 Roteiro dos Moinhos is located on the Windmills Route, within theArrábida Natural Park and 0.6 miles from Palmela. Set within a natural setting overlooking Palmela Castle. Free WiFi access is available. Accommodation at Roteiro dos Moinhos is self-catering and includes a living room with a sofa. All units have private bathrooms and some have a fireplace or tiled stove in the living room. Guests can use the fully equipped kitchen to prepare their meals and enjoy them in the privacy of their chalet or outdoors with other guests. 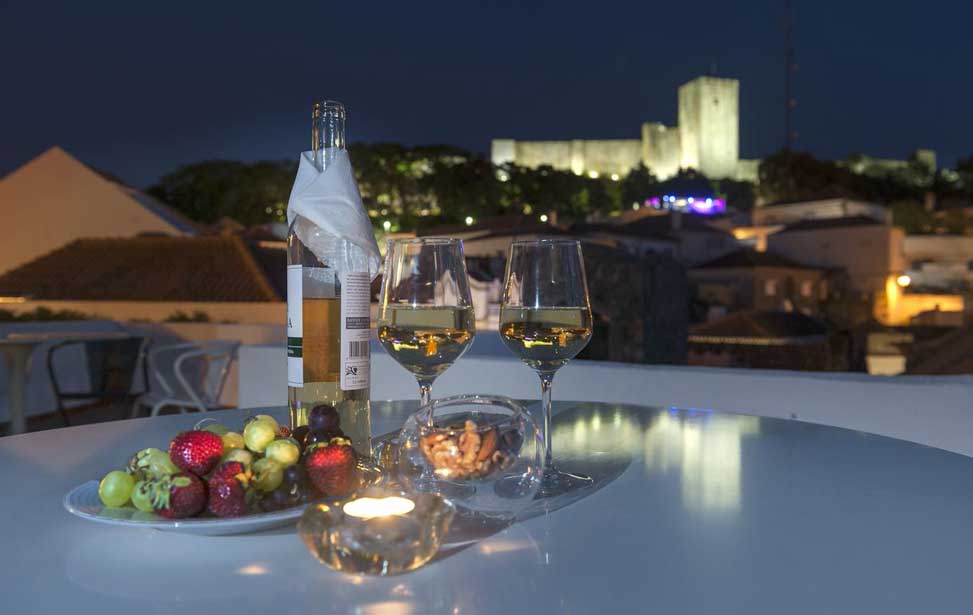 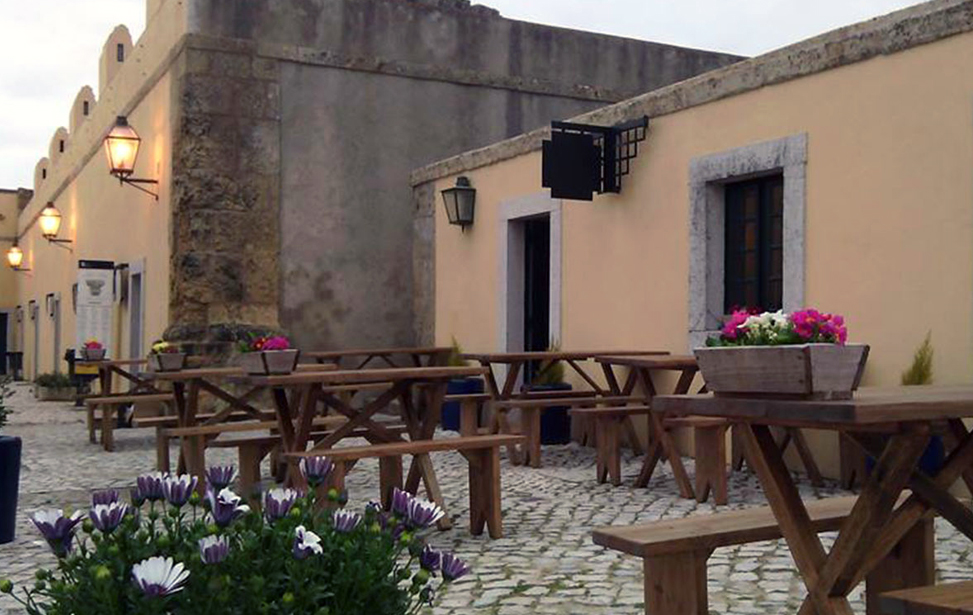 Small yet homely taverna found within the castle walls serves good ol' homely food and very reasonable prices. The choice on the menu may be small but the portions are very generous. The food is cooked to perfection from fresh ingredients. Popular with the local inhabitants which is always a good recommendation. The establishment and amazing views add to the dining experience made perfect by the friendliness and joviality of the staff. 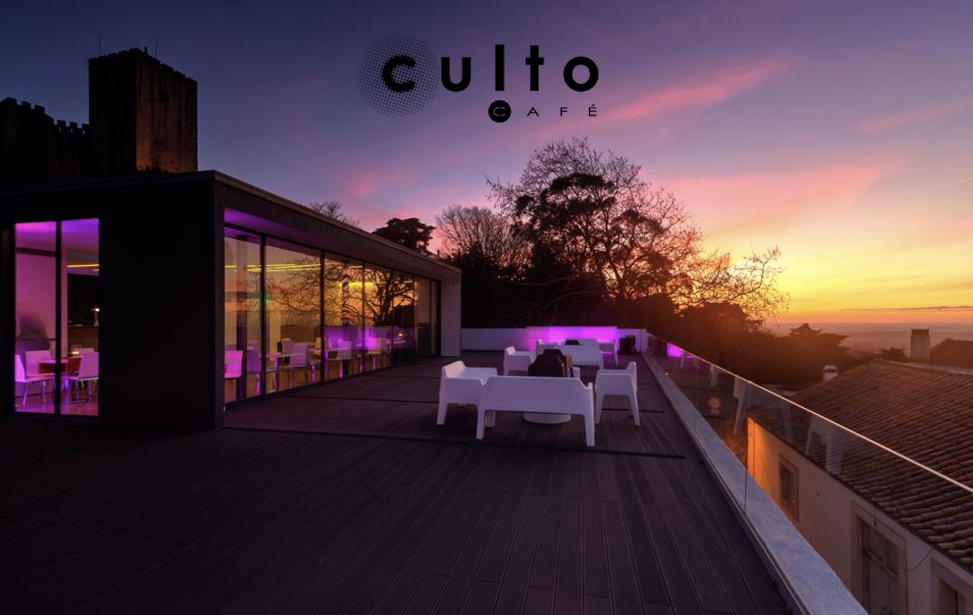 Modern and lively this swanky joint lies just outside the castle's ramparts and offers a range of dishes for variable appetites and tastes. But check out their range of gourmet burgers mmmm. The views are impressive over Palmela, especially when the sun dips below the horizon. 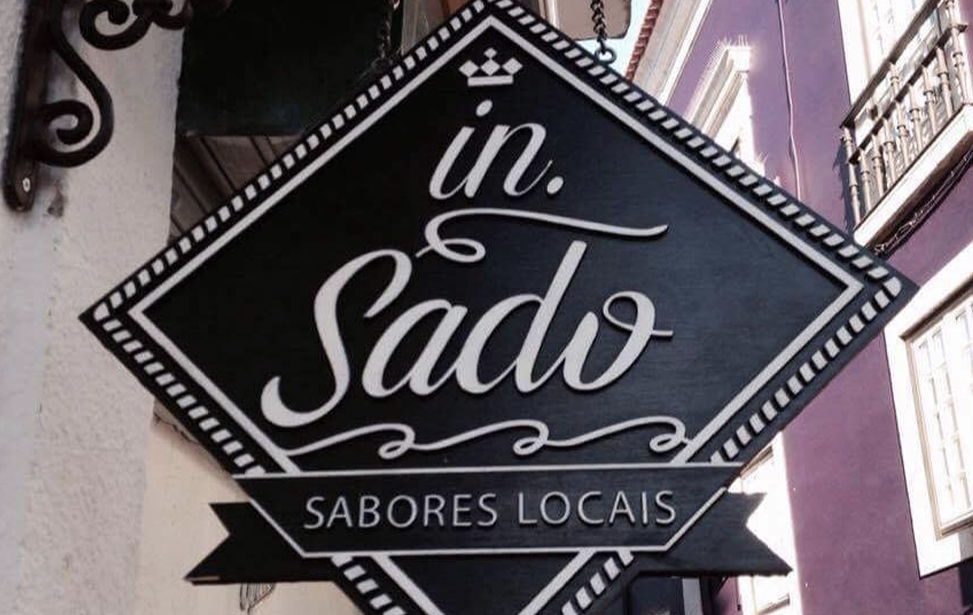 This popular restaurant located in the heart of Palmela serves tapas or "petiscos" and whole dishes from locally sourced produce. The restaurant is a celebration of what the great fertility of the region can precipitate. Although they have a large selection of crockery they insist on serving some dishes on roof tiles and other gimmicky objects.