The Military Museum is ideally located on the riverfront in the Alfama district, close to the Santa Apolónia railyway and metro stations, and housed within a 16th-century cannon foundry and former munitions depot. This fine old building is just as much an attraction as the exhibits with walls and ceilings lined with gold leaf, coloured marble and richly detailed paintings. The Military Museum is Lisbon's oldest muesum, first opening its doors to the public in 1876. On display are thousands of items representing the many wars and battles Portugal has been embroiled in during its long history. The Military museum has an artillery collection that is said to be the world's largest and an incredible display of guns, pistols and swords, including a 14th-century cannon and Vasco da Gama's sword. 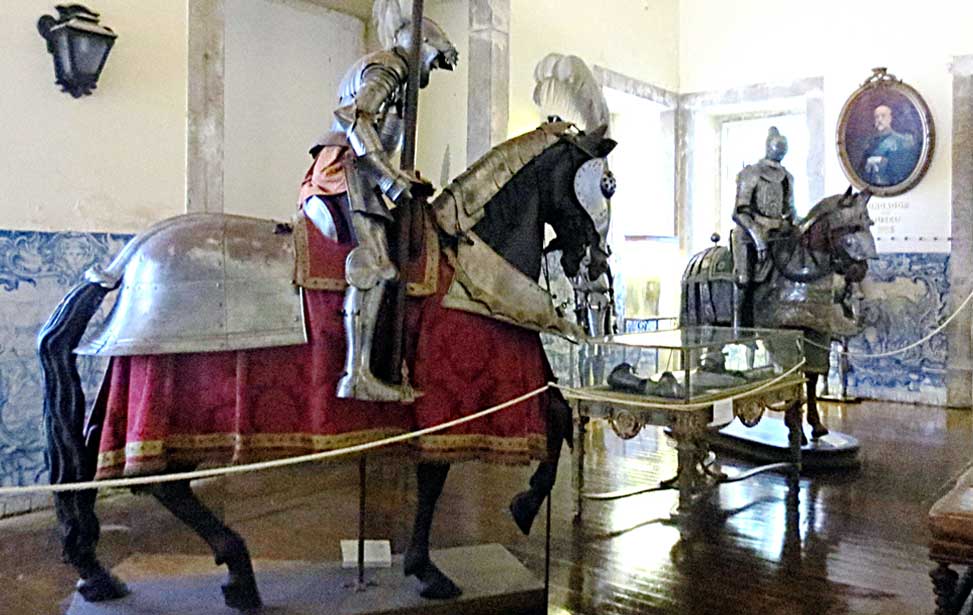 After you enter the museum, you'll be directed from the ticket office into the Vasco da Gama Room that houses an array of vintage cannon barrels of varying sizes and ages. The walls and ceiling are completely covered by maps and paintings depicting the Age of Discovery and the finding the trade route to India.

Ascend the grand staircase that leads into rooms displaying swords, early firearms, and suits of armour. Also on the first floor are rooms dedicated to the first world war. The Salas da Grande Guerra features artillery pieces, sculptures, guns and rifles, and various other artefacts from the war. On the other side of the staircase, there are mounted Knights in full armour behind which are ornate rooms dedicated to different Portuguese monarchs. Two rooms on the right of the main staircase focus on the Peninsula War (1807–1814) and the struggle against Napoleonic invasions.

A series of more bland rooms lined with glass cabinets lead you in the direction of the courtyard where dozens of green oxidised cannons lie. The walls of the Courtyard of Cannons are festooned with azulejo tile panels representing the history of Portugal's conflicts from the Christian reconquest to the first world war. In the basement, there's a large temporary exhibit space filled with even more cannons and artillery pieces. Here too is a gigantic transportation wagon that was used to haul the monumental Arc de Rua Augusta into place on the Praça do Comércio.
Tuesday – Sunday: 10h00 - 17h00, Monday: CLOSED (last admission at 16h15)

Getting to the military museum 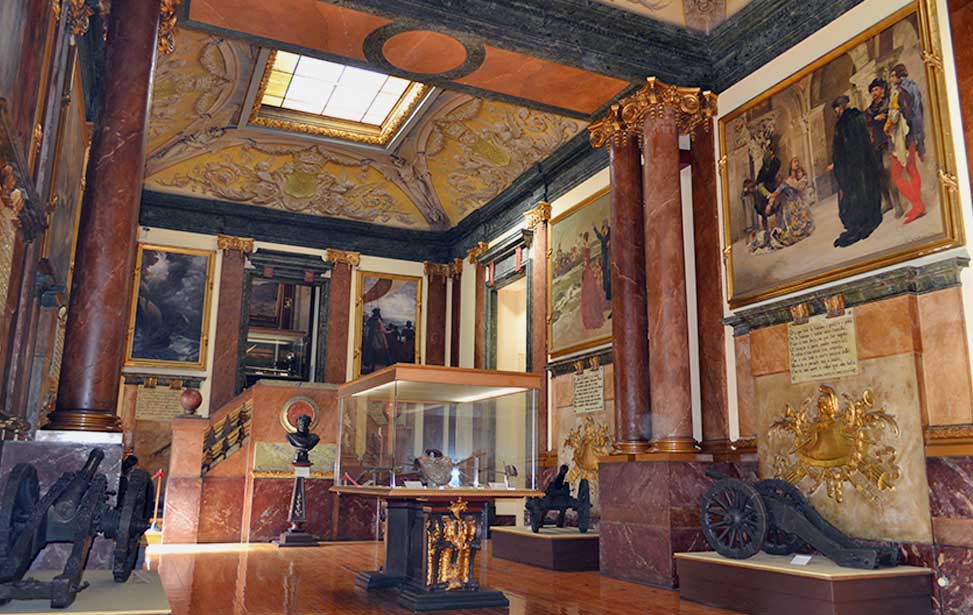