Football is big in Portugal, in fact, it's fair to say the Portuguese are mad about football and totally crazy when they win a cup. Lisbon has two main rival teams Benfica and Sporting. Benfica has a celebrated glorious past when the likes of the great Eusébio played for them in the '60s. Their home ground is the impressive 65,000-capacity Estádio da Luz. The stadium was rebuilt in preparation for the 2004 European Championships. The final was played here where Portugal lost to Greece 2-1.

Benfica’s traditional city rivals Sporting Lisbon (officially called Sporting Club de Portugal) had their stadium purposely built for the 2004 Euros and has a capacity of 54,000. Its located close to the Estádio da Luz at the Estádio José Alvalade.

Both Benfica and Sporting playing in the Primeira Liga, Portugal's premier league, as did Belenenses who have recently been renegated to the Liga Portugal 2. Confusingly the Belenenses (Sociedade Desportiva de Futebol, SAD) is an offshoot of a much older team, the Clube de Futebol of Belenenses. Belenenses SAD was founded in 2018 and play at the Estádio Nacional in Algés, Oeiras. Their older counterpart, Clube de Futebol of Belenenses, are in the Liga Portugal 3 and their homeground is the Estádio do Restelo in Belém, just behind the Jerónimos Monastery. In Sintra third division (Campeonato de Portugal) play at the Estadio do Sport União Sintrense.

Daily football newspaper Bola lists fixtures, match reports and news. Buy if from any newsagent or kiosk, or alternatively go to their website: www.portuguesesoccer.com. Advance tickets can also be bought at the kiosks rather than the stadium turnstiles. 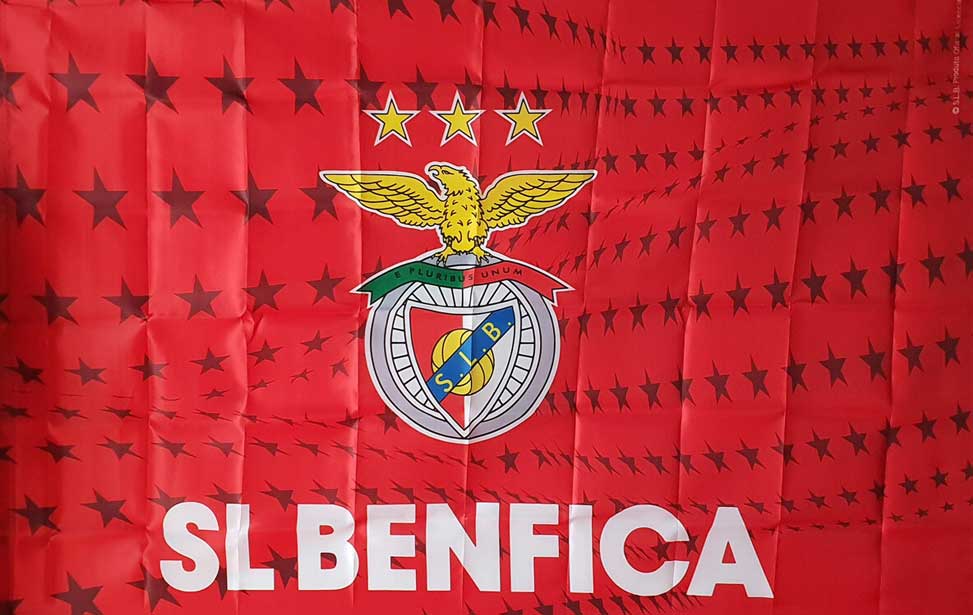 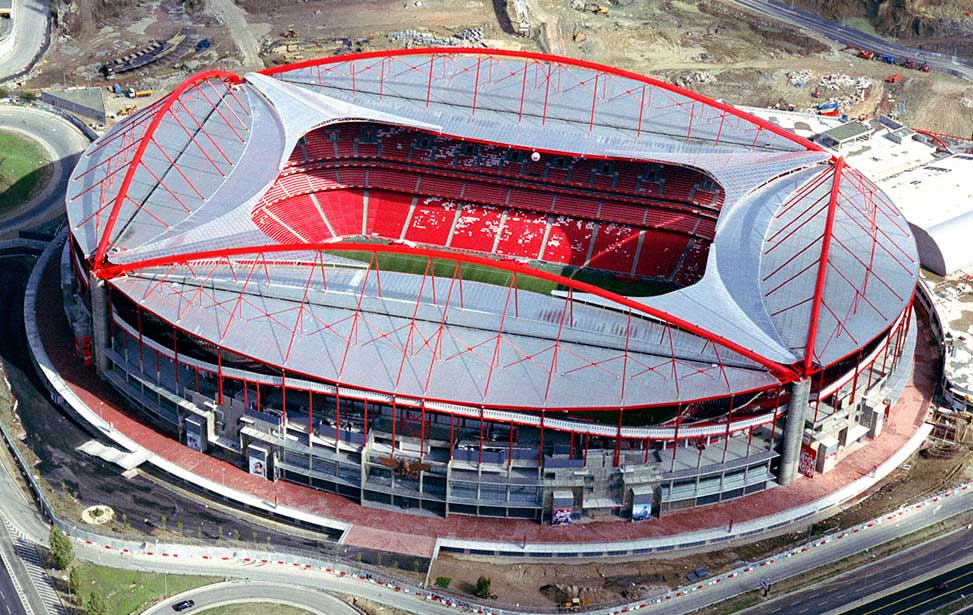 Officially called Sport Lisboa e Benfica the club has enjoyed great successes during its long history that dates back to 1902. Benfica is firmly placed in Portugal's Big Three (Três Grandes) national clubs. The other two are Sporting and FC Porto. The eagle that appears on the club crest has given Benfica the nickname "águias". Others simply refer to Benfica as the "Reds". Fans are known as "Benfiquistas".

As of 2022 Benfica has picked up almost forty league championship titles and is the only Portuguese club to win back-to-back European championships in 1961 and 1962, as well as being runners up five times. Since the inception of Portugal's Primeira Liga, they have been a permanent presence. The rivalry between Benfica and Sporting reaches its zenith each year during the Lisboa derby.

The present Estádio da Luz dates back to 2004 after the original was demolished and rebuilt to host the Euros. A process that cost almost €165 million. The stadium was designed by architect Damon Lavelle and cleverly utilises natural light by incorporating transparent materials in the construction. The stadium seats over 65 thousand fans. The onsite Museum Benfica is well worth visiting the stadium even when there's no match on. Here too you'll find an indoor pool, a panoramic restaurant, and several shops including the Benfica Megastore.


The Benfica Stadium is a popular attraction in Lisbon. To visit it you'll need to buy an entrance ticket or join a guided tour. 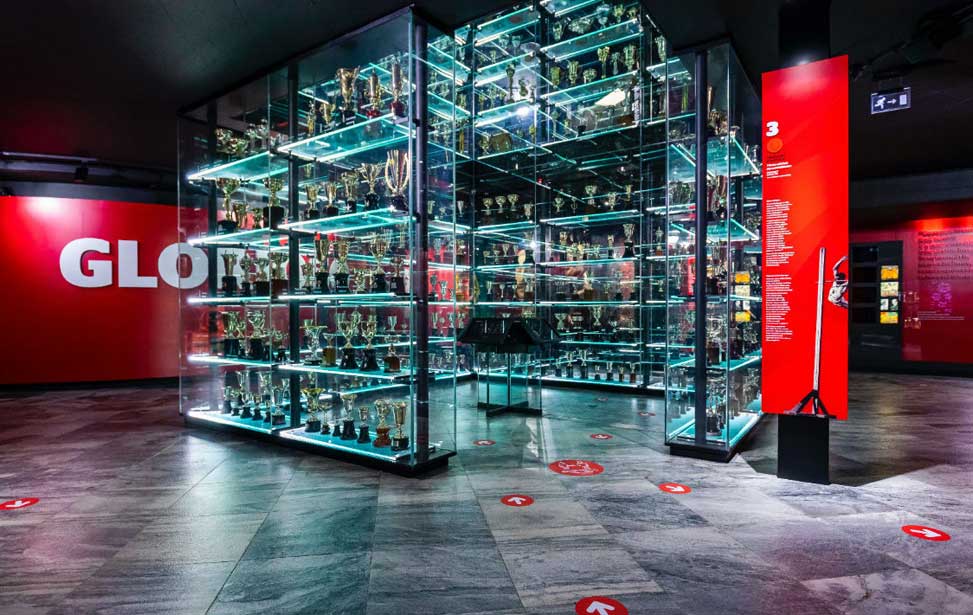 •   Take "Fast Track" line 1 or 2 and show your smartphone ticket to get it scanned. The staff will then give you instructions for the tour

Generally known as Sporting CP, Sporting Clube de Portugal can date its history back to 1906. The first Lisbon derby between Sporting and Benfica occurred in 1907 and Sporting won 2-1. Sporting is one of Portugal's "Big Three" teams along with Benfica and Porto. The rampant lion found on the club badge was taken from the coat of arms of one of the club founders, D. Fernando Castelo Branco (Pombeiro). The club has had numerous successes such as being in the top five European teams. Sporting CP is the only Portuguese team that has ever won a UEFA Cup Winners’ Cup title.

Sportings' home ground is the Estádio José Alvalade. They have been playing on this spot since 1956 yet just as with Benfica the stadium was rebuilt for the 2004 European championships. It was designed by the architect Taveira and has a capacity of 50 thousand. To attend a Sporting match you can purchase tickets online or at kiosks. On site there's the Museu Mundo Sporting which celebrates the history of the club. 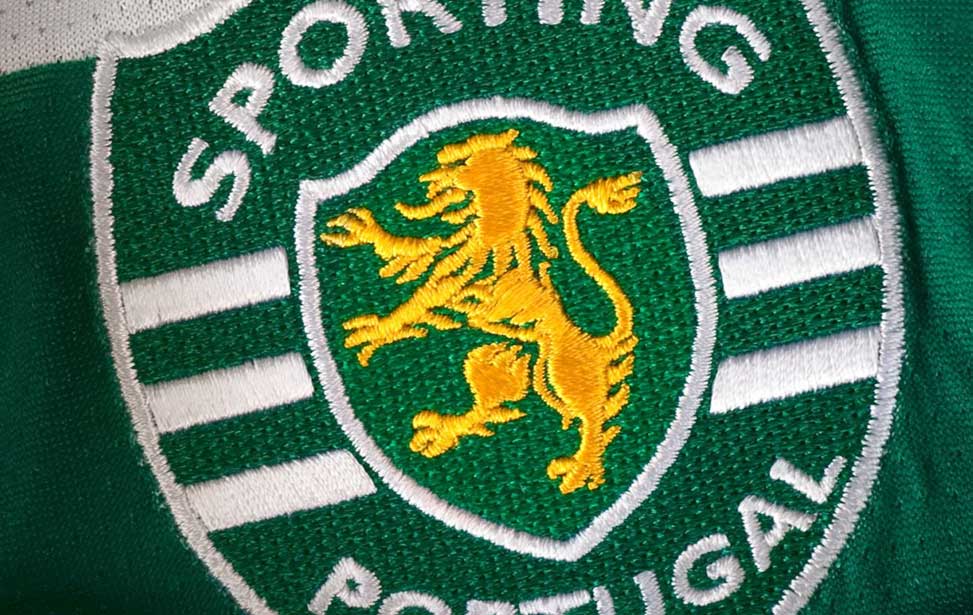 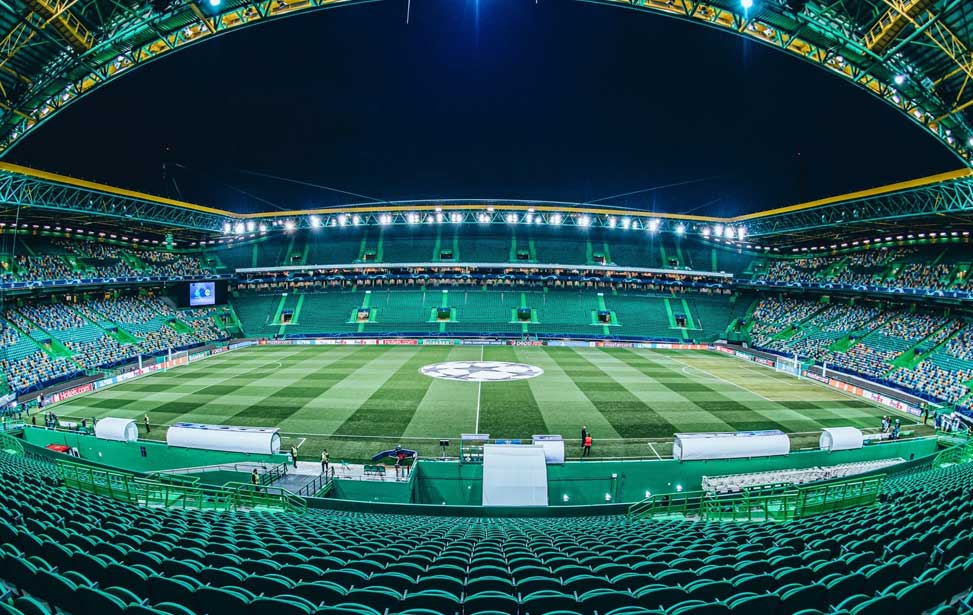