Today the impressive Panteão Nacional and its mighty dome dominate the skyline of the eastern Alfama, but the building took an extremely long time to gain prominence of the area. When construction began in 1682 the church was called the Igreja de Santa Engrácia and it wasn't completed until almost 300 years later. Since 1916, the church has been the final resting place of eminent Portuguese figures, including former presidents, the writer Almeida Garrett and Amália Rodrigues, Portugal’s most famous fado singer. Great views of the Alfama can be enjoyed from the roof terrace in the shadow of its mighty dome. 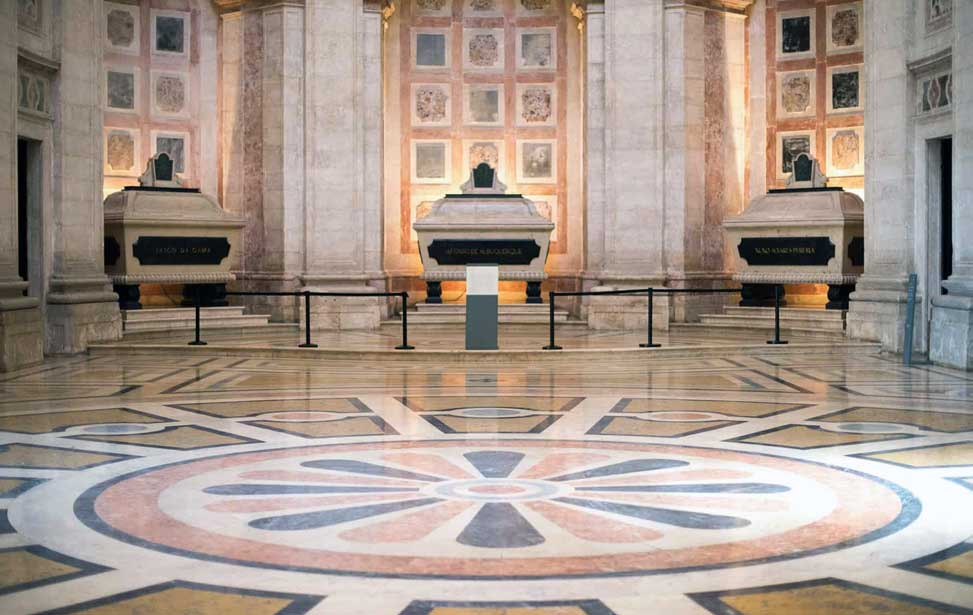 The original church was established in the second half of the 16th century, only to be completely reconstructed at the end of the 17th century. The original Santa Engracia church was commissioned by the Infanta Maria de Portugal (1521–1577) in 1570. On the 15th of January 1630, the interior of the church was desecrated; religious artefacts were vandalised, items were stolen and significant damage was inflicted to the interior of the church. As was common at the time the fingers were pointed squarely at the Jewish community, most notably Simon Solis, a member of the so-called "New Christian" population. Despite having a solid alibi, Simon was found guilty and burned at the stake. According to legend, prior to his execution, he cursed the church. He predicted the restoration work will never be completed as retribution by God for punishing an innocent man.

The newer edifice was designed by architect João Antunes (1642-1712) in the Baroque style with an octagonal floor plan centred on a Greek cross. Inspiration for the multi-coloured marble-clad interior is believed to have come from Peruzzi's design for St. Peter's basilica in Rome. In 1681 during the reconstruction project was paused whilst awaiting funds, the unsupported chapel collapsed bringing most of the structure crashing to the ground. Work resumed five years later only to come to a halt again following Antunes' death and the church remained unconsecrated. Further delays occurred over the next two centuries due to successive wars sapping the country's finances. The synonym "Obras de Santa Engrácia" became common use in the Portuguese language for work left unfinished.
The Igreja de Santa Engrácia offically became the National Pantheon (Panteão Nacional) in 1916. It is now the final resting place of famous Portuguese people including various Presidents of the Republic: Manuel de Arriaga (1840-1917), Teófilo Braga (1843-1924), Óscar Carmona (1869-1951) and Sidónio Pais (1872-1918).

Ongoing concerns about the ability of the church to support such an ambitious dome came to rest finally following the 1910 revolution. The completion of the National Pantheon became a symbol of national pride and the dome was finally finished in 1966. Today it is a distinct landmark in the Alfama. The terrace under the dome offers 360º views across Lisbon and the riverside. 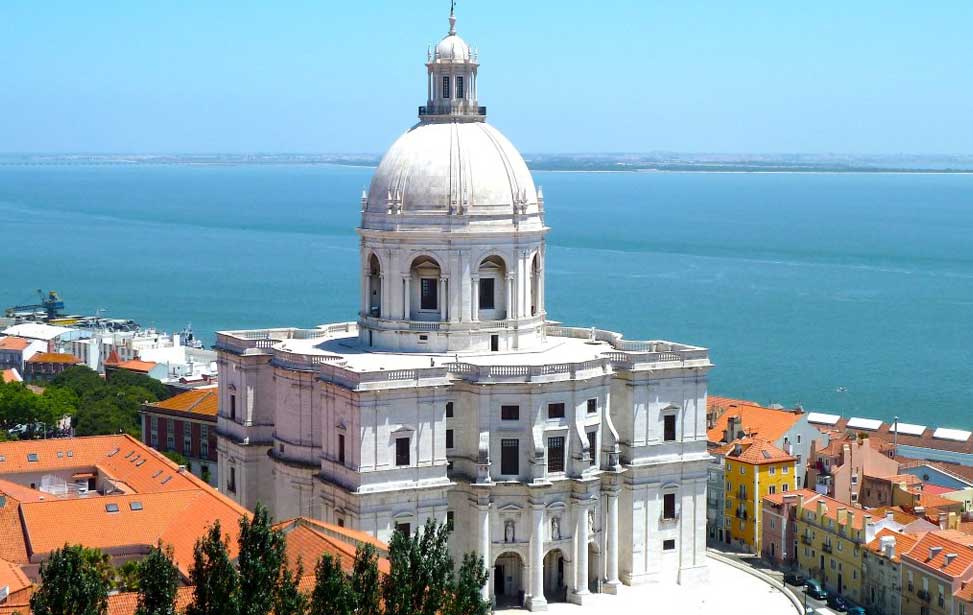 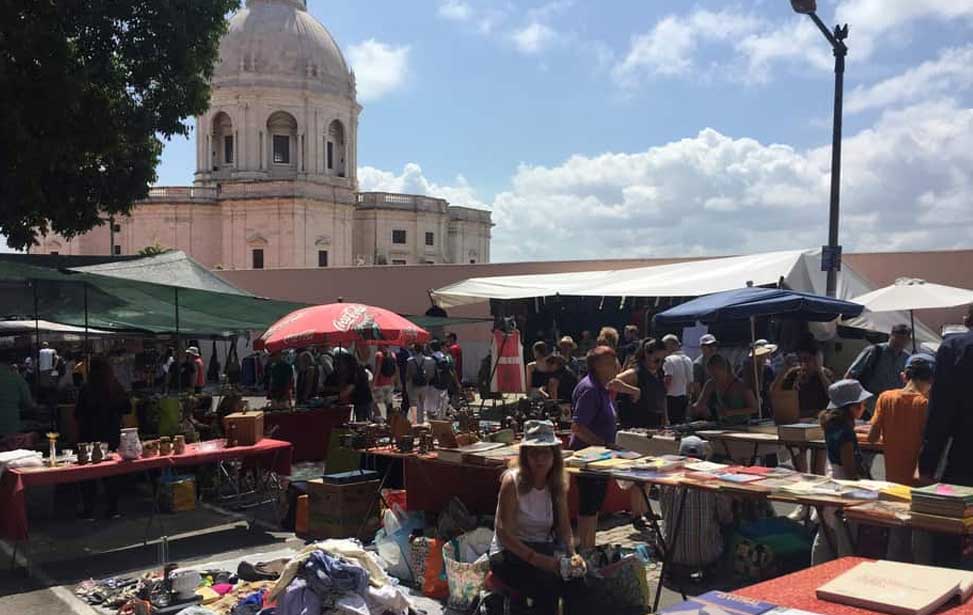 Getting to the National Pantheon (Panteão Nacional)

Just in front of the Pantheon is Campo de Santa Clara square. There's been a market held here since medieval times. Now it's held every Tuesday and Saturday, from 09h00 – 18h00. The small stalls and traders sell all sorts of brick-a-brack, new and second-hand goods, crafts, antiques and collectable items. The market is well worth a mooch-around when combined with a visit to the Pantheon. In the Botto Machado Gardens next to the market there's a great little kiosk where you can grab a simple lunch, a cold beer and people watch.