The present building in the Alfama stands on the site of a 12th-century monastery founded by Portugal's first king Afonso Henriques. It was constructed for the Augustinian Order and was one of the most important monastic sites in Portugal. It was dedicated to the patron saint of Lisbon Saint Vincent of Saragossa, whose remains were relocated here from the Algarve. It was completely rebuilt in 1582 under the commission of King Phillip II and employed the architects Juan Herrera and Filippo Térzi. The church was completed in 1629 however the monastery itself wasn't completed until the 18th century.

Térzi brought an Italian Renaissance influence to the limestone façade of the church which is adorned with seven niched statues of saints. The church itself was constructed in the shape of a Latin cross, crowned with an ornate balustrade and two bell towers. Within the white marble interior, one finds within the single nave an impressive Baroque altarpiece commissioned by Dom João V in the 18th Century.

The cloisters of the monastery are decorated with azulejo tiles which date from the 18th century and depict the fall of Lisbon to the Moors. After the Augustinian order was banned from Portugal in 1834 the refectory became a pantheon for the Bragança dynasty. Also buried here is the last queen of Portugal Amélia, who died in 1951 along with Carlos I and her son Prince Luís Felipe, who was assassinated in the Praça do Comércio in 1908. 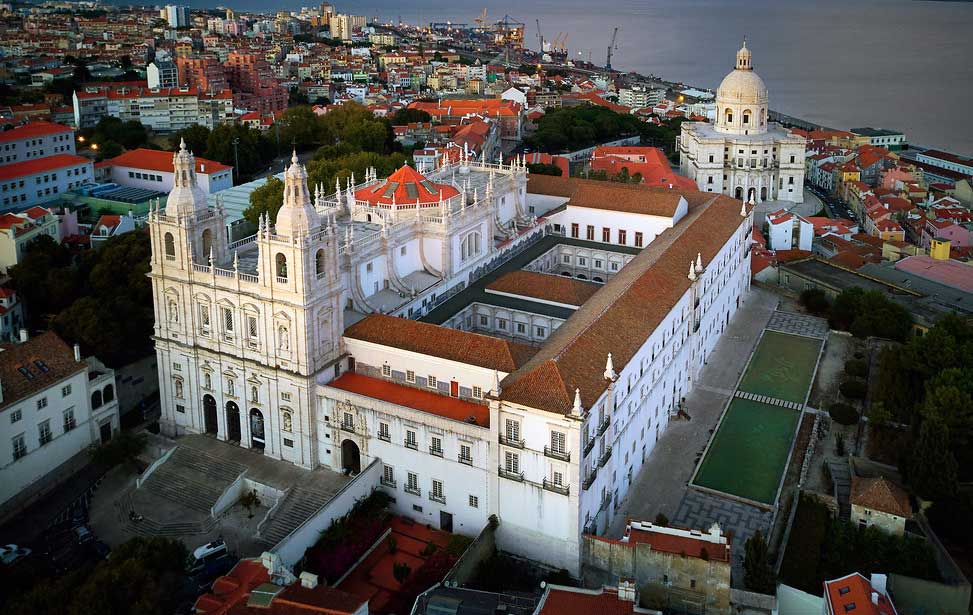 The chosen location of the 12th-Century edifice is on the very spot where King Afonso Henriques camped his troops during the siege of Lisbon. Because the church was located outside the old medieval walls it obtained the name Fora – meaning on the outside. The church was dedicated to Saint Vincent of Saragossa, the patron saint of Lisbon. Vincent was martyred under the Roman Emperor Diocletian in 304 after horrific torture. His bodily remains were interred in the church long after his death and kept as relics.

The present building dates from the rule of the Spanish King Philip II and was awarded to the Augustinian Order. The leading architect is believed to be the Italian-born architect, Filipe Terzio. Construction took place between 1582 and 1629 with additional buildings being added right up until the 18th century. It was severely damaged in the 1755 earthquake when the main dome and roof collapsed. The monastery was restored to its former glory and in 1855, following the dissolution of the religious orders in Portugal, the religious orders were dissolved in Portugal, Igreja de São Vicente de Fora became the pantheon for the Bragança dynasty. Catherine of Bragança is buried here, the Portuguese princess who became the Queen of England when she married Charles II. She lies here along with the bodies of all kings from 1640 to 1910. 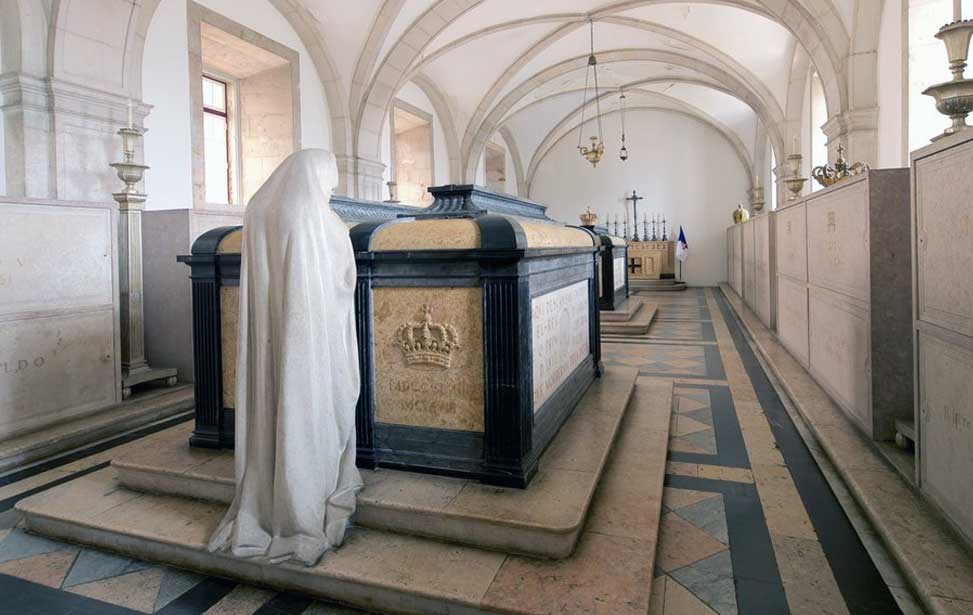 Getting to the Igreja de São Vicente de Fora