The grand neoclassical palace of São Bento (Palácio da Assembléia) is the seat of the Assembly of the Portuguese Republic, the parliament of Portugal. Its original manifestation was a monastery that was home to Benedictine monks dating back to 1598. As with much of Lisbon's medieval architecture this original building suffered severe damage during the devastating earthquake of 1755. Following the Liberal Revolution 0f 1820 and the dissolution of religious orders in 1834, the monks were evicted from the site to be replaced by the Portuguese Parliament. During this period the palace attained the title of Palácio das Cortes or Parlamento. 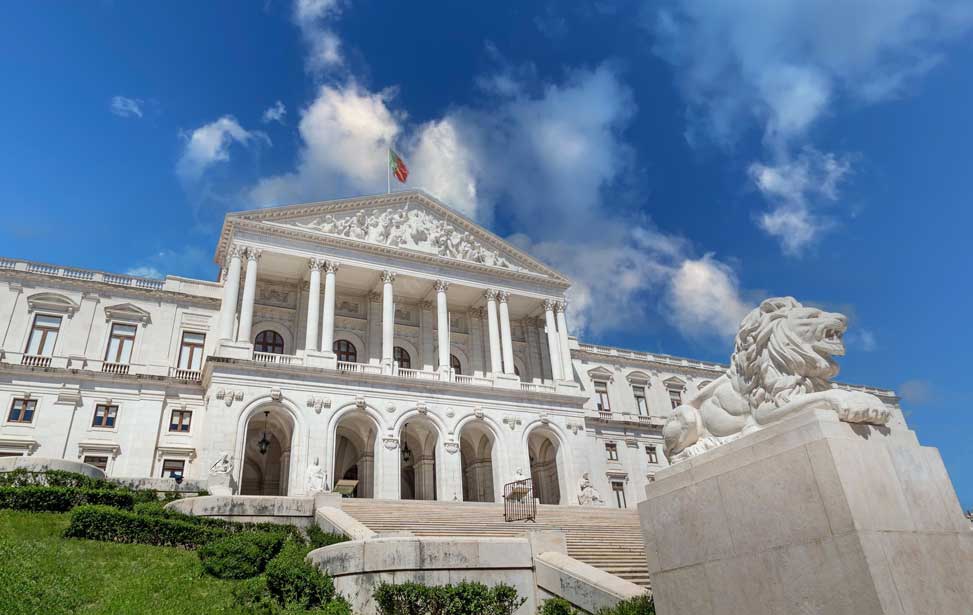 The architectural transformation of the building from monastic into a building extruding power and influence was the work of successive architects. Possidónio da Silva was enlisted to design the first session rooms. The monastery's chapter house was remodelled by French architect Jean François Colson into a session room in 1867 where Portuguese Chamber of Peers met until 1910. Following a fire that caused damage to the session room of the lower house Miguel Ventura Terra was responsible for expanding and rebuilding this part of the palace and improvements to the façade, adding a neoclassical portico with columns and a triangular pediment.

The monumental stairway cascading outside the front façade was added in the 1940s during Salazar's Estado Novo regime. It was designed by Cristino da Silva, who also designed the gardens in the rear of the Palace. Two roaring lion statues stand sentinel at each corner. Tall stone columns support the pediment with four statues representing Prudence, Strength, Justice, and Temperance standing in front. The sculptures in the tympanum represent, among others, areas such as Industry and Commerce.

Although the exterior of the São Bento Palace is imposing and difficult to miss the interior is more enigmatic. The palace is a working parliment and visits inside are restricted to dedicated exhibitions and on the last Saturday of each month. Guided tours of the palace and gardens are free by appointment. Tours start in the south wing where the Cloisters are located. The cloisters are remnants of the 16th century Benedictine monastery albeit being greatly altered over time. A fountain with an eighteenth-century statue of a child stands at it's centre.

The Atrium is situated in the former church of the Monastery of São Bento, its pink and white marble floor an original feature. Busts of preceding Portuguese politicians adorn alcoves on one side along with a statue of D. Carlos I by Teixeira Lopes. Leading up from the atrium is the Noble Staircase designed by the architect Ventura Terra. Eight doorways lead off from the top of the stairways that represent the eight provences of Portugal during the time of construction: Estremadura, Minho, Beira Alta, Trás-os-Montes, Algarve, Alentejo, Douro and Beira Baixa. The doorways are topped by triangular pediments mounted by sculptures. Six large canvases hang from the walls on the top flight of the stairs. 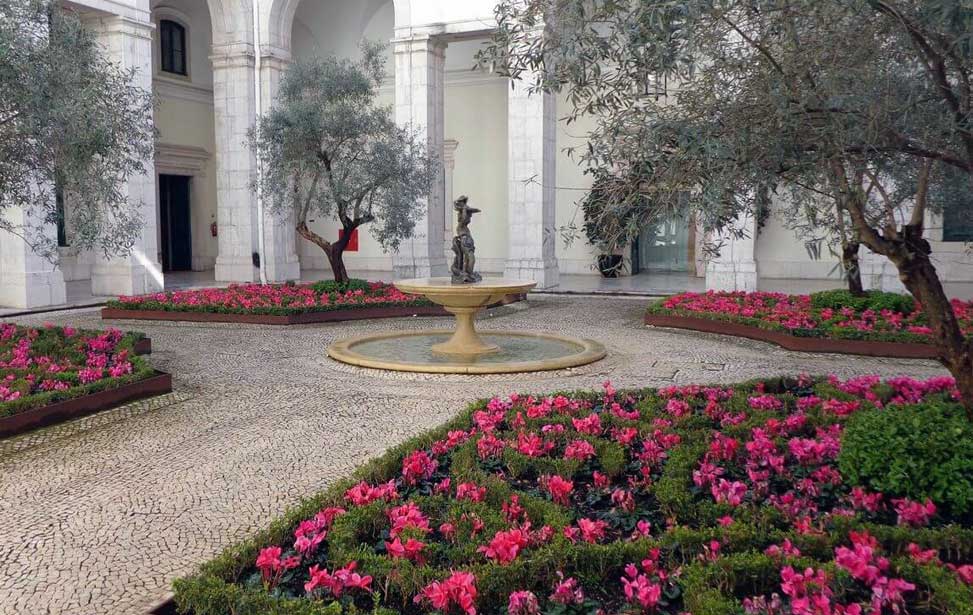 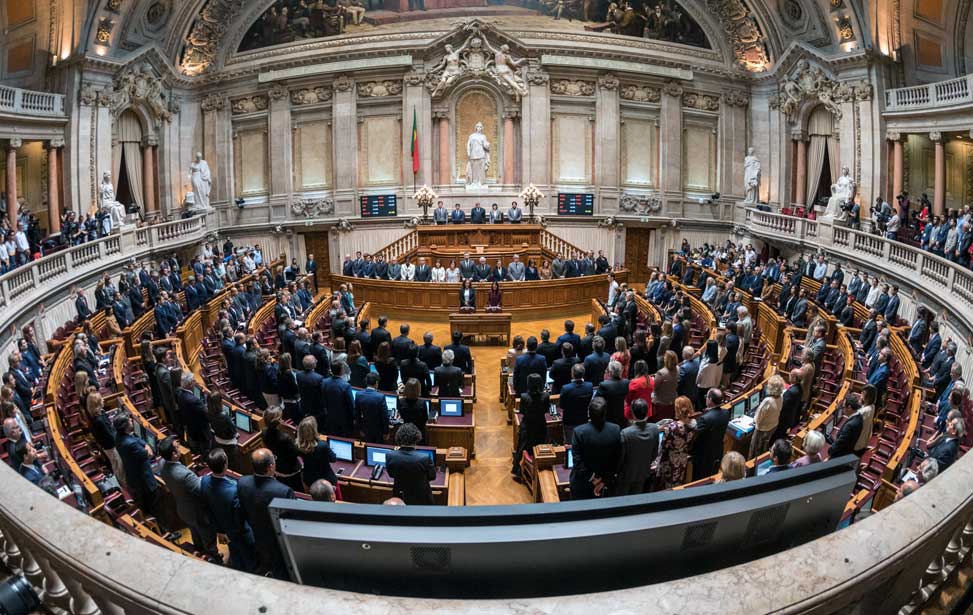 Assembly of the Republic

On the first floor one finds the Passos Manuel Library stuffed full of over 80,000 legal reference books and records across four rooms. The Sala das Sessões, opened in 1903, was designed by the architect Ventura Terra after a violent fire in 1895 destroyed the first room of the Chamber of Deputies. The room is a semicircular amphitheater overlooked by a rounded canvas framed by coats of arms painted by Benvindo Ceia. Concentric rows of benches supports the sessions of the Assembly of the Republic. The Noble Hall hosts official receptions. It was built in the 1940s as per the design of Pardal Monteiro and occupies the area of the former high choir of the old church. On the walls of the Gallery of Presidents hang the portraits of the President of the Constituent Assembly, Henrique de Barros, by Pedro Girão (1997), and the twelve former Presidents of the Assembly of the Republic. The Senators Room has a grand domed roof with a skylight. The members of the upper chamber sit in benches facing the front. Around the perimeter a veiwing balcony is supported by tall pillars. Also found in the palace are exhibition rooms and museum space that host temporary and permanent displays.

The grounds beside the palace belong to the Palacete de São Bento, a 19th-century mansion that has served as the official residence of Portugal's Prime Minister since 1938. The building is not open to the public, but the garden is free to visit on Sunday mornings via the entrance on Rua da Imprensa à Estrela. The beautifully landscaped gardens feature pieces of by some prominent Portuguese artists, including a series of statues known as The Family by Leopoldo de Almeida, creator of the Monument to the Discoveries (Padrão dos Descobrimentos) and street artist Vhils who built a tribute to the Carnation Revolution of 1974. 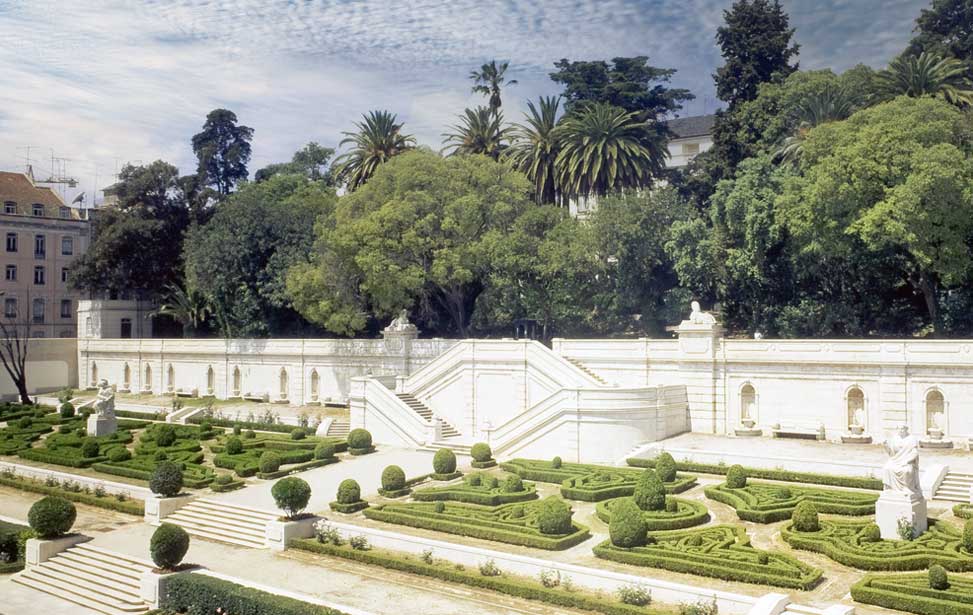 Admission to the temporary exhibitions are usually free. The gardens of the Prime Minister’s mansion are also free.


GETTING TO THE SÃO BENTO PALACE

The district of São Bento lies between the Bairro Alto and Estrella. The area is characterised by its labyrinth of winding narrow streets with the ching-ching tolling of the number 28 tram that chugs its way through the neighbourhood. Although the mighty São Bento palace dominates a large chunk of the area there are several hidden attractions waiting your discovery.

A stroll down Rua de São Bento away from the palace is the Amália Rodrigues House-Museum, the former residence of Amália Rodrigues, one of Lisbon's most iconic Fado star. Amália Rodrigues past away on the 6th of October 1999 and the interior of her home has been preserved just as it was. On display are personal items, such as the many awards Amália Rodrigues recieved during her lifetime, ceramics from Companhia das Índias, portraits, recordings and ostentatious outfits. There's an half-hour guided tour for those who want to know more about this iconic fado diva.
Adult: €7.00, OAP: €6.00, Concessionary: €4.50, Child 0-12: FREE. 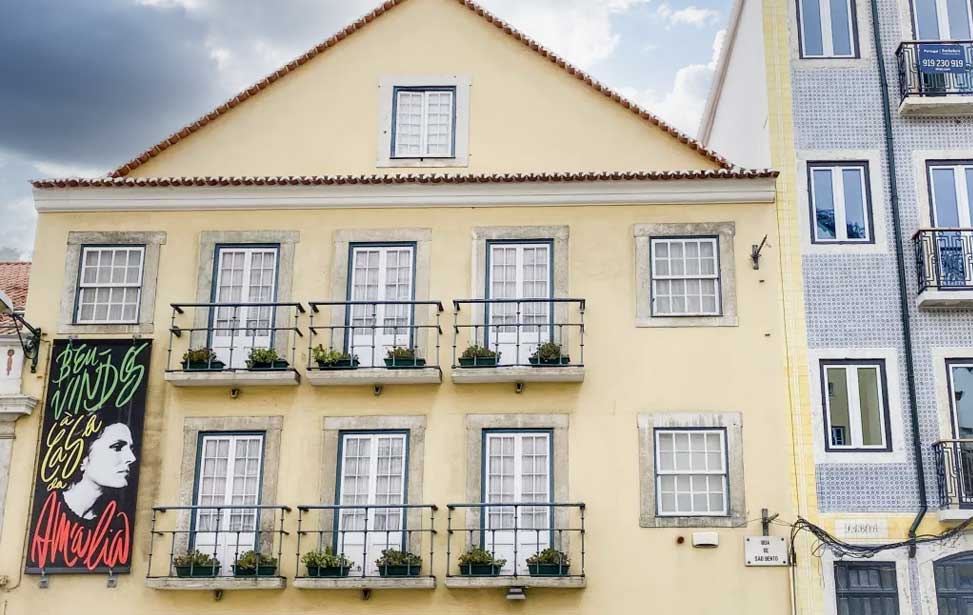 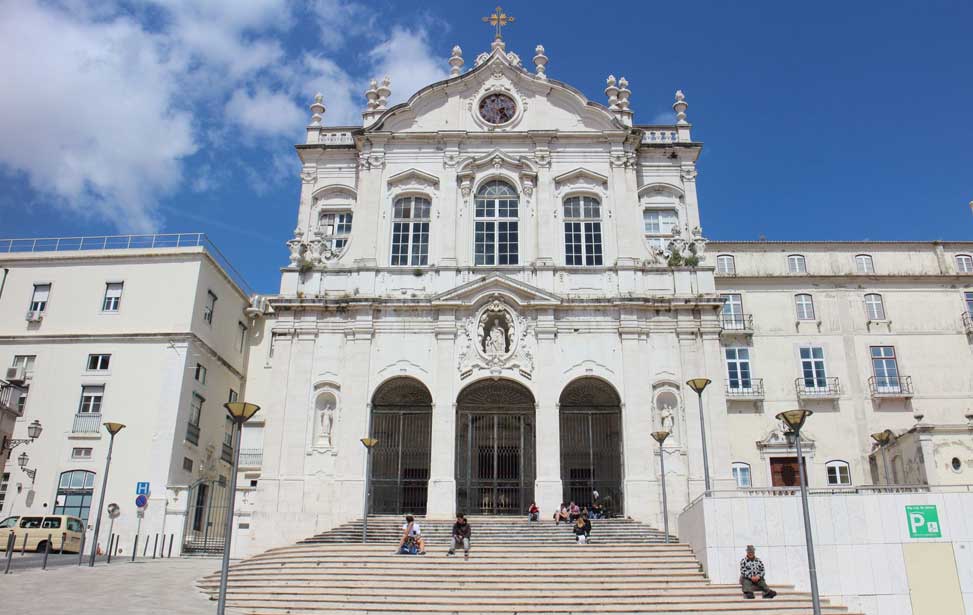 Also known as the Igreja de Nossa Senhora das Mercês the 18th century façade of the Igreja de Jesus hides a treasure inside. Its vaulted ceiling is totally covered in azulejo tiles dating from 1714. Its the work of master tiler António de Oliveira Bernardes and represents the devotions of the Virgin Mary. As a working church it opens for mass only but if you're passing and the door is open, it's well worth having a look-see inside.
Largo de Jesus, 1200-317 Lisboa, Portugal. | 38° 42' 44.7" N | 09° 09' 01.7" W